What is an Object?

An Object is any GUI (Graphic User Interface) element of a application that a user can interact with. Like a button, or table, or hyperlink.

What is a Property?

What is a Value?

So to summarize: a Value describes a Property, a Property describes an Object, and an Object is any element or part of a (web) application. 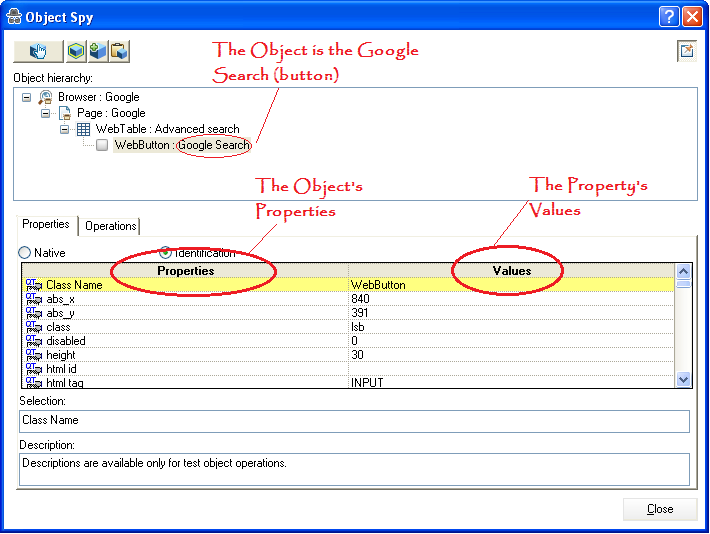 What is an Object Class?

An “Object Class” is another way to say a “Type of Object”. Daily life example: Jazz, Hip-Hop, Heavy Metal, and Classical are all types of musics. Likewise the Link, Image, Browser, WebButton, etc. are Test Object Classes. In other words, they are types of Test Objects.

What is a Runtime Object?

Runtime Objects are objects that are displayed in your AUT while you are playing back your script. The information about these objects can be accessed using Object Spy.

In other words, the Runtime Object are the objects you can find on the running application that you are currently testing.

What is a Test Object?

In other words, a Test Object is the collection of information (like properties and their values) of a runtime object. This information, or Test objects, is used by QTP to identify the objects of a running application (runtime objects).

The object you can see on the application is the true, real, actual object and is called the Runtime Object. 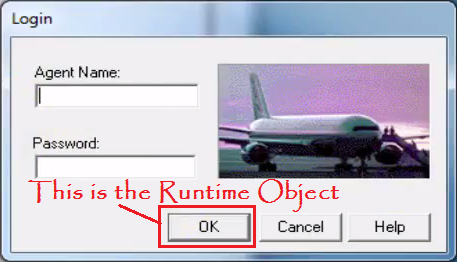 QTP uses the test objects to identify and recognize the Runtime objects of the application.

AUT stands for Application Under Test. In other words, I believe it is the application you are currently testing.

One thought to “1. UFT/QTP Basics & Keywords”