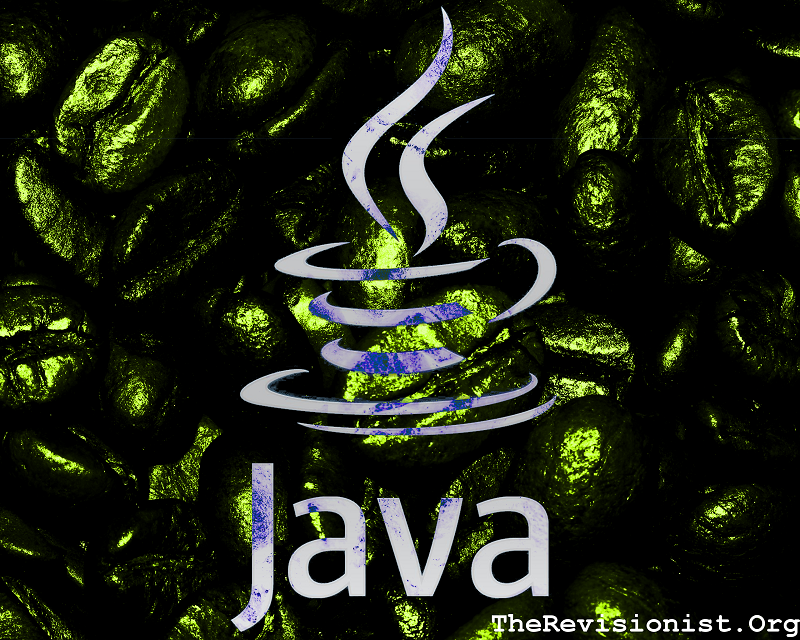 So in this tutorial I will be introducing the frameworks that are responsible for developing Graphical User Interfaces (GUI) through Java. That is JavaFX.

Note that possibly the first major implementation of GUI in Java was through GUI classes bundled into a library called Abstract Windows Toolkit (AWT). This was then replaced by the Swing Components library. Java Swing focuses on building desktop GUI applications. Finally, Java Swing got replaced with JavaFX. JavaFX allows you to make GUIs for Rich Internet Applications (RIA). RIA is a web application that delivers similar features and functions of a regular desktop application. So  AWT >> Swing >> JavaFX.

The main framework for writing JavaFX programs is defined by the javafx.application.Application abstract class.

Here’s a simple JavaFX program that makes OK button. I will explain along the way, with comments in the code and commentary after: 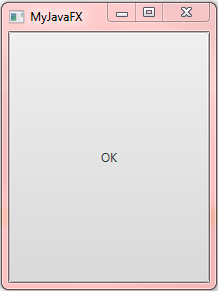 Scene class: Remember I mentioned that javafx.scene.Scene is the class that is the “container” for all the content in a scene graph? Well, a scene graph is a hierarchical tree of nodes that represent all of the visual elements of the application’s user interface [Source]. A node is each item in a scene graph.

@Override: @Override is an annotation that acts as a “hint for the compiler to let it know that you’re overriding the method of a parent class” [Source].

Use @Override every time you override a method for two benefits. Do it so that you can take advantage of the compiler checking to make sure you actually are overriding a method when you think you are. This way, if you make a common mistake of misspelling a method name or not correctly matching the parameters, you will be warned that your method does not actually override as you think it does. Secondly, it makes your code easier to understand because it is more obvious when methods are overwritten.[Source]

launch: The launch method (line 23) is a static method defined in the Application class for launching a stand-alone JavaFX application.

main method: The main method (line 22-24) is not needed if you run your JavaFX program from a command line, but needed for IDEs with limited JavaFX support. Know that when you run a JavaFX application without the main method, the Java Virtual Machine (JVM) automatically invokes the launch method that is needed to run JavaFX applications.

main class: Know that the main MyJavaFX class overrides the start method that is defined in the javafx.application.Application class (line 8).

Stage: A Stage object is a window. Know that the JVM automatically makes a Stage object called primary stage when the JavaFX application launches. 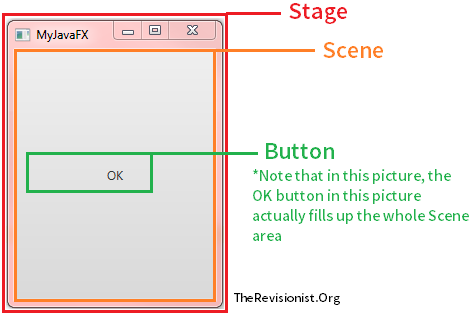 Here’s is a JavaFX program that is similar to the one above, but makes an additional pop-up dialog box: 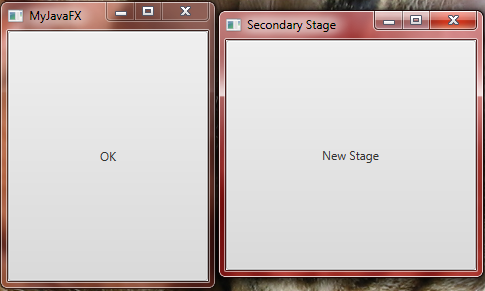 Notice there is no main method listed in the code; this is fine as long as your IDE supports JavaFX.

If you want to prevent a user from resizing the dialog box / stage, add to your stage.setResizable(false) code.