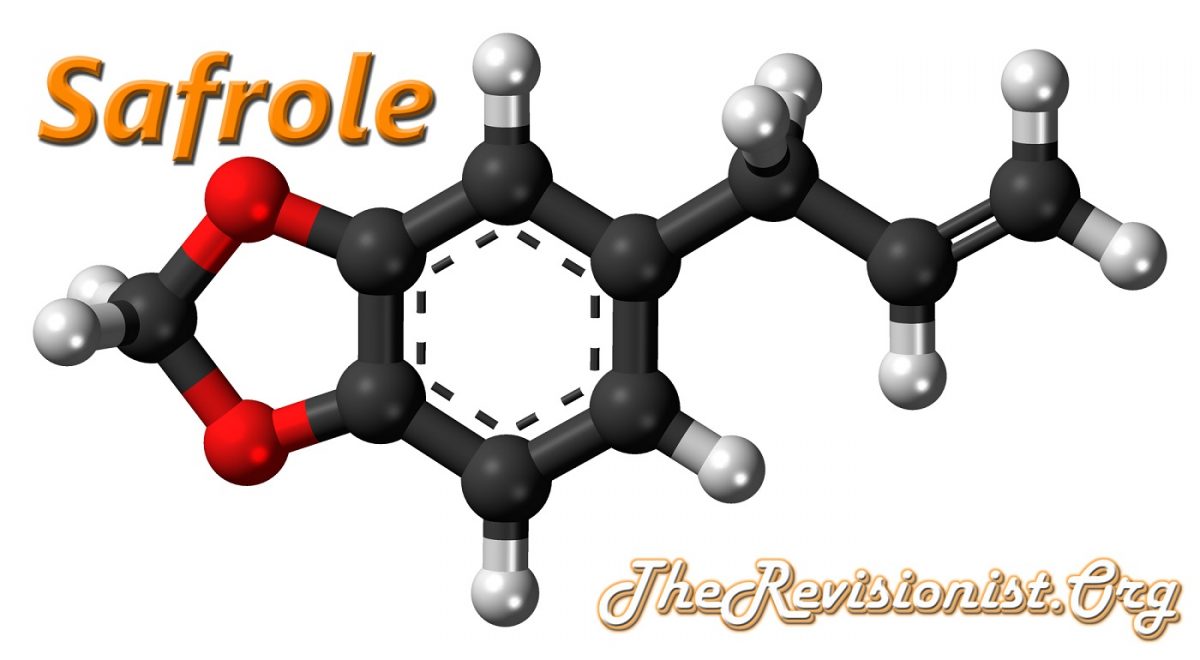 The FDA has determined that Safrole is a carcinogen. But the problem is, I don’t believe that studies have been done on humans to determine if safrole is indeed a human carcinogen. Instead, studies have been done on rodents to determine whether safrole is a carcinogen or not. But the problem with this approach is that the metabolism of rodents and other lab animals are going to be significantly different to the metabolism of humans. So where one substance is toxic in a lab animal, may actually be neutral or even beneficial to humans.

Another good example is with caffeine. Although caffeine is a great functional stimulant for human beings, caffeine acts as a poison to insects.

So with this in mind, here’s an excerpt I have clipped from a forum on the topic of safrole carcinogenicity[1]:

Sam, I don’t think safrole is a human carcinogen. I’ll tell you why.

Laboratory animal tests conducted during the 1970’s showed that high doses of safrole would cause liver tumors in rats. On the basis of these studies and a new food additives law, sassafras flavoring was removed from root beer. Concerns about the safety of chemical food additives had led to a law, known as the Delaney Amendment (amending a prior food additives law) that imposed the following restriction: no substance shall be added to foods that has been shown to cause cancer in laboratory animals. When the law was established, it had not been imagined that natural food additives were going to be a problem; instead, the growing list of artificial chemical additives was of concern. Since it takes far too long to determine if a new chemical will cause cancer in humans (from time of exposure to time of diagnosis is usually more than 20 years; even then, it is difficult to determine whether the chemicals were responsible for the human cancers), animal studies, which often take just months, were utilized as a screening method to satisfy the desire to keep carcinogens out of the food supply.

Scientists recognized that ordinary foods contained small amounts of natural carcinogens. It would not be possible to strip the entire food supply of carcinogens, but one could halt the intentional addition of suspected carcinogens to common foods, by explicitly restricting the category of food additives. Therefore, every food additive was subjected to testing in laboratory animals.

Since sassafras extract was deemed a flavor additive in root beer, in which safrole was the main intended ingredient to be added, it was withdrawn from the product. We will never know whether or not root beer is safer as a result, but it doesn’t taste the same. It is entirely possible that new formulations of root beer are less safe overall than the old, but it fits the safety requirements that exist; the popularity of the drink has plummeted.

In the meantime, both the regulatory situation and the popularity of herbal products had changed, and most attempts at herbal regulation were dropped. On the one hand, the FDA was too busy and underfunded to actively pursue herbal regulations and, on the other hand, the growing interest in herbs as health aids led to public and political calls for the FDA to keep their hands off such products. One recent exception was the attempt to regulate distribution of ephedrine products (see: Ephedrine: actions and dosage), and this was a somewhat unique situation involving a combination of herbal materials and purified ephedrine extracts (which correspond to a drug product) that were being used increasingly for weight-loss regimens (also as an energy booster and sport performance enhancer). Another recent exception was an attempt to regulate the Chinese red yeast product hongqu (hung-chu) which contained small amounts of a chemical identical to a drug product used for lowering cholesterol. Extracts were marketed as a substitute for the drug; the FDA efforts to regulate this failed in court.

The situation with sassafras and cancer is a complex one. The laboratory animal studies (involving rats) yielded only one type of cancer: liver tumors. The question arises: could the herb cause liver cancer in humans? Primary liver cancer in humans mainly occurs as the result of chronic viral hepatitis infection, which has been a problem in the Orient, but (until recently) not in the U.S. One way to see if sassafras is a human liver carcinogen is to examine data on incidence of liver cancer by county for the U.S., for which statistics have been available for many decades. If sassafras tea were causing liver cancer in humans, this might show up as an elevated incidence rate of this otherwise rare cancer in the Appalachian region where sassafras had regularly been consumed by many people for many decades (little sassafras had been used outside that area until the 1970’s). The liver cancer rates along the Appalachian range (based on data up to 1970) have been among the lowest in the entire country. The same was true for Utah, which is the only state outside the Appalachian area where herb use, including sassafras, was fairly common during the time period of concern.

Note: This is why. I consider this epidemiological data as compelling, in the light of no evidence (ever) having been adduced for human carcinogenicity of safrole. The following illustrates the mechanism of a bureaucracy trap, by which objective falsehood may become enshrined as official truth. — Half-a-Pint

The laboratory animal studies showed that very high doses of safrole caused liver cancer, but there was also evidence that safrole, at more modest dosages, could stimulate the conversion of other carcinogens to non- carcinogenic metabolites, thus potentially being an anticarcinogen. Indeed, there was some research indicating the high doses of safrole were overwhelming the animals, causing accumulation of toxic metabolites resulting in cancer. It was eventually determined that safrole functioned as a carcinogen only after being transformed into one of its metabolites (via a hydroxylation reaction) by liver enzymes; these metabolites were found in the urine of laboratory animals fed safrole, but not in the urine of humans given safrole (12), suggesting that safrole might not be carcinogenic in humans, only in animals (those animals that could metabolize it to the hydroxy form). Together, the information raised a serious question about the application of the animal study to human use of sassafras. The issue of actual safrole carcinogenicity in humans has been all but ignored. The Delaney Amendment does not have a waiver for items that might be carcinogenic only in animals, but not in humans.

Safrole as a liver carcinogen in animals has become a major subject of scientific investigation and all cancer researchers know that safrole is carcinogenic. The current thinking with regard to translating the animal data to human carcinogenicity is summed up in an article in Food and Chemical Toxicology (11): “It is likely that the use of these high doses [in animal studies] markedly overestimates the potential hazard to humans of allylbenzenes [e.g., safrole], which generate only very small quantities of genotoxic [potentially carcinogenic] metabolites.”

It was found that a number of ordinary kitchen spices, particularly cloves and nutmeg, which were widely used in flavoring, also contain small amounts of safrole. These materials were not banned from use as flavoring additives, because the FDA stated that safrole was not the main ingredient, but incidental. Since the spices had been used safely for a long time, the agency decided not to attempt regulatory action against them. Nonetheless, studies that may result in eventual removal of some of these natural ingredients from products in which they are used as flavorings are underway. For example, mice were given cola drinks, which are flavored with small amounts of nutmeg, and were shown to form DNA adducts from safrole and related compounds in their livers, suggesting a carcinogenic potential (in the animals). Myristicin and safrole were considered the main components of concern. Both clove and nutmeg are used in Chinese herbal medicine, though not frequently. Like asarum, they are employed in formulas that dispel internal chilliness.

To put the carcinogenicity situation of safrole in context, the changing regulatory status of another food additive is instructive. Recently, saccharin, which had been listed as a carcinogen based on laboratory animal testing, was taken off the human carcinogens list. Saccharin caused bladder cancers in rats, but it was by a metabolic pathway that was relatively unique to those test animals, not occurring in humans. An effort to clear saccharin of its adverse reputation as a carcinogen was pursued because of the continued widespread use of the compound, which had required a Congressional exemption from the Delaney Amendment, along with warnings that had to be posted in stores that sold the products. By contrast, the possible clearing of safrole for human use has not been pursued because there is no public interest in it. It is possible that safrole is anticarcinogenic in the quantities that humans are exposed to when consuming it in herb products; the point is moot.

In this era, it is appropriate to establish the principle in perpetuity, that objectivity must be the decisive factor, whenever truth conflicts with the artificial protocol “legal truth”. This imperative may become a criterion for our collective survival, in the midst of officially denied ecological catastrophe.

You can find safrole in nutmeg, and in sassafras. Here are some sources: