The Revisionist > Bio-Hacking > The Significance of BDNF for Learning, Memory, and Cognitive Function

In this article, I will be discussing what BDNF is, the function of BDNF, why BDNF is important for learning & memory, and the relationship BDNF has with hippocampal function, Long-Term Memory, Long-Term Potentiation (LTP), Synapses, and neurogenesis. Although I may not cover every aspect of BDNF in this article, I plan to write a sequel to this one, & so on in order to go in depth on the topic of BDNF. If there are any questions you want me to answer about BDNF, please feel free to ask them in the comments below.

So what is BDNF? First of all, BDNF stands for Brain Derived Neurotrophic Factor. BDNF is a signalling protein (ligand) found in human beings. This protein coincidentally is encoded by a gene with the same name- the BDNF gene.

So what does it mean if BDNF is a signaling protein? Well to better understand that, first know that BDNF is a member of the neurotrophin family of growth hormones; another example of a neurotrophin is Nerve Growth Factors.

BDNF as a Neurotrophin

More specifically, Neurotrophins are a family of signaling proteins that promote the survival, development, and improved function of neurons. Neurotrophins can be seen as a class of growth factors, which are secreted proteins that are capable of signaling particular cells to survive, differentiate, and/or grow. Growth factors like neurotrophins are also known as neurotrophic factors. Neurotrophic factors work by preventing the targeted neuron from going under apoptosis (programmed cell death), thereby allowing neurons to survive. Neurotrophins also stimulates the differentiation of progenitor cells (which are like stem cells) to form neurons.

BDNF is found in the brain and also in other parts of the human body. BDNF supports the survival of existing neurons, and encourages the growth and differentiation of new neurons and synapses through axonal and dendritic sprouting. In the brain, BDNF is active in the hippocampus, cortex, cerebellum, and the basal forebrain- these areas are key to our learning, memory, and higher level cognitive abilities.

BDNF can be found in many different types of tissue and cells. For example, the gene that produces the BDNF protein is found to express itself in the retina, the CNS, motor neurons, the kidneys, and the prostate.

What are the Functions of BDNF?

So far, I already mentioned the neurotrophic affect of BDNF. And that it is pre in the hippocampus, cortex, and the basal forebrain for learning, memory, and higher level thinking. Let me further specify the functions of BDNF[1].

BDNF improves the survival of cholinergic neurons of the basal forebrain, as well as neurons in the hippocampus and the cortex. The BDNF gene & signaling protein factor is reduced in the brain’s of Alzheimer disease patients.

BDNF improves the survival and resilience of injury to neurons.

BDNF has a role in helping activity-dependent brain plasticity, such as in learning and memory. So how long it takes you to learn something is majorly dependent on BDNF. Because children have highly plastic brains, their rate of learning is much higher than an adult.

The hippocampus is a key brain structure required for our ability to encode or learn new information. Damage to the hippocampus severely impairs a person’s learning ability.

For example, there was a man named Henry Molaison, or “Patient H.M.” for short. This man underwent a surgery that resulted in the near-total destruction of his brain’s hippocampi. The result was that this man no longer was able to form new episodic memories.

But Patient H.M. was able to describe memories of his past, all the way to childhood. Essentially, he was living in the past.

The hippocampus relies on BDNF for its memory encoding function. You’ll notice that early on in Alzheimer’s Disease, the patient’s hippocampal function is compromised. That’s why AD patients suffer memory loss.

So the observed decline of BDNF in AD patient’s brains could explain the atrophy of the hippocampus, thereby the loss of memory in AD patients.

A lack of BDNF cripples the hippocampus by weakening synaptic strength (meaning that transmitted neuron signals are a lot weaker), and by making hippocampal neurons more vulnerable to stressors and atrophy.

So high or sufficient levels of BDNF in the hippocampus is required for efficiency in learning and memory.

BDNF causes and is required for LTP in the hippocampus. LTP is thought to be a key part in the formation of long-term memories.

So one may conclude that in order to improve memory, one must increase the level of BDNF in the brain’s hippocampus. But different parts of the brain are connected to the hippocampus, storing and/or processing different types of information, different types of memory. For example, your motor skills are a type of memory or information that comes from and/or is controlled by different parts of the brain. The cerebral cortex controls the movement of muscles, the basal ganglia controls position & voluntary movements, and the cerebellum fine-tunes the movement of the muscles. And the motor cortex also controls voluntary muscle movements.

BDNF also plays a vital role in hippocampal Long-Term Potentiation (LTP), which is a long term enhancement of excitatory synaptic strength or activity that is required or underlies learning and memory.

A deficit of BDNF in the brain contributes to the manifestation of neurological diseases, such as Huntington’s Disease, Alzheimer’s Disease, and depression[3]. All of these disease pathologies are related to decreased levels of LTP. 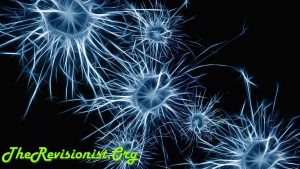 BDNF improves synaptic plasticity and “synaptogenesis”, which is the formation of synapses between neurons. Note that a synapse is the junction or structure that connects one neuron to another, allowing the passage of cellular signal information. So BDNF causes 2 things. First, BDNF improves the strength of the signal communicated from one neuron to another. And second, BDNF increases the number of connections a neurons has with other neurons for communicating a signal. Altogether, the improvement in synapse strength & number can be said to improve cognitive function, depending on the level of BDNF at certain location of the brain.

I personally view this like NGF, which has the ability to improve the pain perception of certain nerves in the body. Because NGF encourages the growth & development of peripheral neurons, you essentially “feel more” from your periphery nerves. Likewise, an improvement in synapse formation and synaptic strength improves the neurons ability to send information to different neurons at increased strength. So in the case of elevated levels of BDNF, I conject that the effect is that your thoughts are “clearer” and that it is easier for your brain to connect more pieces of information together to understand a particular subject. In fact, a lack of adequate synapse number & strength causes mild memory loss[4], which further supports my conjecture.

You may also note that explosion of synapse formations normally occurs during early brain development in childhood. So one may assume that improving levels of BDNF in an adult’s brain may help to bring them closer to a child’s sponge-like learning ability.

BDNF is necessary for our survival…

Finally, I would like to mention that BDNF is one of the most potent substances that turns on neurogenesis in the brain. Mice that are born without the ability to produce BDNF experience brain defects & sensory nervous system defects, and eventually die after being born[5]:

Brain-derived neurotrophic factor and neurotrophin-3 deficient mice were generated by gene targeting… NT-3 deficient mice displayed severe movement defects and most died shortly after birth. The mutation causes loss of substantial portions of cranial and spinal peripheral sensory and sympathetic neurons. Significantly, spinal proprioceptive afferents and their peripheral sense organs (muscle spindles and Golgi tendon organs) were completely absent in homozygous mutant mice. BDNF deficient mice displayed deficiencies in coordination and balance. Excessive loss of neurons was detected in most of the peripheral sensory ganglia examined, but the survival of sympathetic neurons was not affected. The most marked reduction of neurons was observed in the vestibular ganglion, leading to a loss of innervation of the sensory epithelia of the vestibular compartments of the inner ear.

This suggests that BDNF is a key player for a mammal’s normal neurological development, and that BDNF is required for our survival.

I also noticed that the study indicated that the inner ear is negatively affected by the lack of BDNF & NT-3. This gives me reason to speculate that there is a relationship between BDNF and tinnitus. Another connection that I noticed is that older people are more likely to experience tinnitus than younger people. This could be due to the fact that older people produce significantly less BDNF than younger people. The deficit in BDNF may contribute to the worse neuronal health of the inner ear. And also contribute to cognitive deficits, like Alzheimer’s disease & dementia.

So in my upcoming articles, I will go over what increases or decreases the level of BDNF in the brain, and also write an article that focuses on the methods available for increasing brain BDNF for cognitive enhancement.

Supplements that may Enhance Neuronal Health: