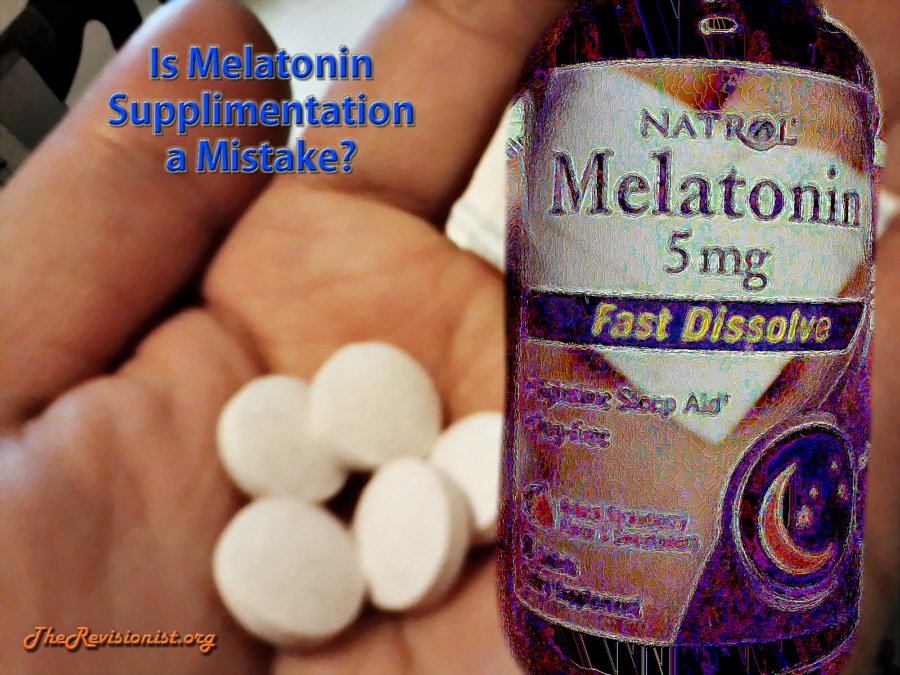 The Revisionist > Bio-Hacking > Is Melatonin Supplementation a Mistake? About Safe & Effective Dosing

With a urban lifestyle, I always felt that I could always do something to improve the quality of my sleep. I’ve investigated many of the common options advised on the internet, and I found that they do generally work. However, in this article I am going to go deeper and try to really understand one particular option: Melatonin Supplementation. Is Melatonin supplementation safe short & long term? How should Melatonin be used for effectiveness?

First, a little bit about Melatonin itself.

As I’ve mentioned, Melatonin is a hormone naturally produced in the body; specifically in the Pineal Gland inside the brain. The body starts producing this hormone when it detects that the day is moving towards night time. Melatonin is suppressed during the day by the bright light of the sun, specifically the blue light spectrum. And released at night with the absence of blue light… Notice though that many of use use electronics late at night, or even in the middle of the night to reply back to a message on the phone. That can significantly effect a person’s sleep quality for the worse.

How does Melatonin work?

So Melatonin is one of the primary sedating agents that is secreted when nightfall is detected by the body. Melatonin has

Melatonin opposes ACTH, or Adrenocorticotropic Hormone, which is an integral part of our circadian rhythm. Circadian rhythm refers to our sleep/wake cycle. And ACTH are the hormones produced by the pituitary gland in the brain. ACTH increases the level of arousal or wakefulness by increasing the production and release of Cortisol by the Adrenal glands.

Note that Insomniacs tend to have a higher level of ACTH and arousal, so they don’t produce enough melatonin to fall asleep at night. Theoretically, Supplemental Melatonin can help insomniacs fall asleep by opposing their hyper-aroused state.

How does the Dosage of Melatonin affect the body?

One interesting effect that Melatonin bestows on the user is that it decreases the amount of time needed for sleeping.

In a study of athletes taking 100 mg of melatonin daily (!!!), melatonin

“reduced the nocturnal activity and position during lunch/nap time.”

Continuing with the study, Melatonin also provided the athletes with:

“a longer nocturnal steady state and a smaller reduction when arising at morning.” [Source]

So by taking the melatonin, the athletes experience more consistent or “steady” sleepiness. In other words, the Athletes got up or woke up less at night than usual, meaning they had longer uninterrupted sleep. By increasing sleep efficiency, melatonin can decrease the time needed to reach the necessary amount of sleep we need. Because if our sleep gets interrupted, our sleep becomes shallow and the amount of shallow sleep required to feel fully rested is much more than Deep, uninterrupted sleep.

But another study shows that supplements are using dosages that are way to high to begin with.

“According to our research… 0.3 milligrams restores sleep in adults over the age of 50… The adults who would normally wake up during the second and third thirds of the night were able to sleep through the night with the 0.3 milligram dosage.” [Source]

Notice that the problem is that melatonin supplements that people buy from health food stores usually has serving sizes of 3mg, which is 10 times the recommended dosage in the study. My solution is simply to break and take a small piece of the melatonin tablet, sometimes with my teeth… Although this wouldn’t work with a capsule. But that’s not the point; the point is that the typical shopper wouldn’t even think about whether the amount of Melatonin in their supplement is too much. Most of the time the shopper is either trusting the manufacturer has all the details perfected in the supplement or the shopper assumes that more is better; that a higher dose of Melatonin means a better quality of sleep. To further compound this misconception, 3mg is given as the “standard” dosage; you find some supplements that advertise an even higher dosage for better quality of sleep.

Although I am personally comfortable with occasionally taking a high dosage of Melatonin (15mg is the most I’ve ever taken), the study mentions that there are possibly bad side effects that come with taking an excessive dose of Melatonin. For example, the person could experience hypothermia and a “hangover” feeling during the day.

A while back I bought some Natrol Brand melatonin tablets from amazon. 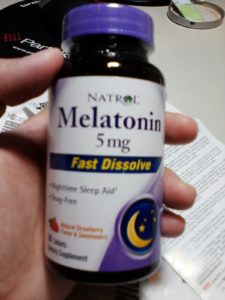 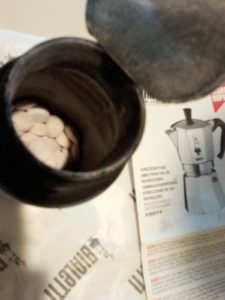 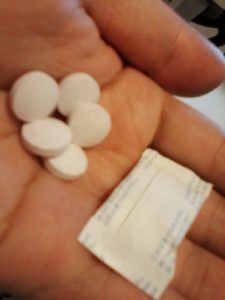 So would taking the Melatonin an hour earlier solves the short-term insomnia?

Yes, it seems that taking the Melatonin an hour before sleep helped me fall asleep.

One time, I took 10mg of melatonin (2 tablets) after an all nighter ending at ~5:30am, and found that it helped increase the quality of my sleep of 4 hours. I still felt slightly depressed-fatigued, but with multiple experiences with all-nights I know that I would have felt worse off without the melatonin. As usual, I took some caffeine in the form of coffee and green-ginger tea to get me up to speed. 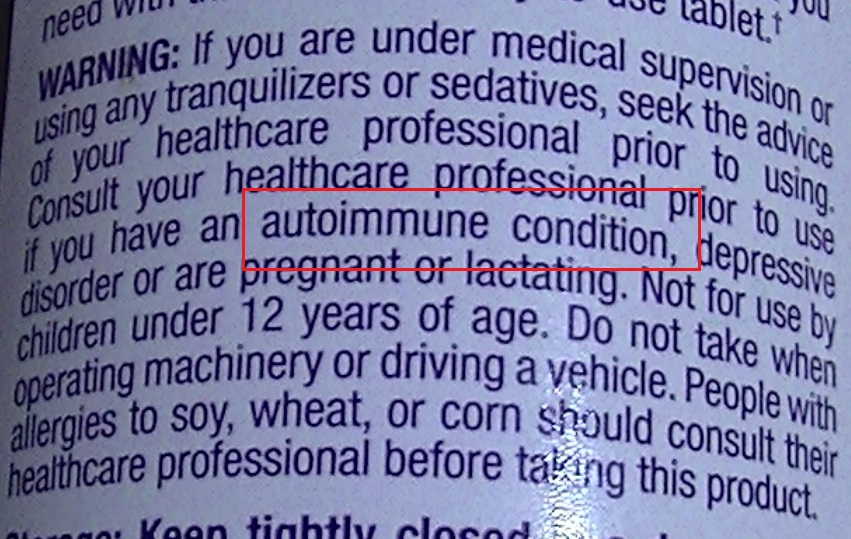 One last thing I would like to mention is that I seem to sneeze a lot more during the day if I took Melatonin the night before. This doesn’t happen consistently, so I can’t say for sure that Melatonin caused my sneezes. I wanted to mention this because I’ve read that Melatonin can affected the immune system negatively. The information on the Melatonin Supplement bottle also implicitly indicates that.

My investigation on Melatonin is not yet finished, given that I have so many things to cover. What’s the best way to take Melatonin? How does Melatonin interact with the immune system? Thyroid? Does Melatonin negatively effect any part of the body? Does Melatonin pose any short term or long term consequences?

Do you have an answer?

EDIT: According to my research, Melatonin seems pretty safe as a silver bullet, so to speak. In other words, don’t use melatonin every night. This causes the body to build a tolerance to it, and become non-responsive to the melatonin that the body itself secrets. I’ll just go ahead and quote what I read on another scientific publication website:

When used occasionally and at the correct time, melatonin is a fine means of encouraging sleep. But, ironically, with prolonged use, it can actually amplify insomnia. Having too much melatonin in the system, the theory goes, overwhelms the receptors, changing how a patient reacts to the hormone — whether it’s endogenous or exogenous.

Mauricio Farez, an Argentinian sleep researcher, has similar reservations. “I have some issues, in terms of the pharmacology, and…it’s really hard to have stable levels of the drug in our blood.”