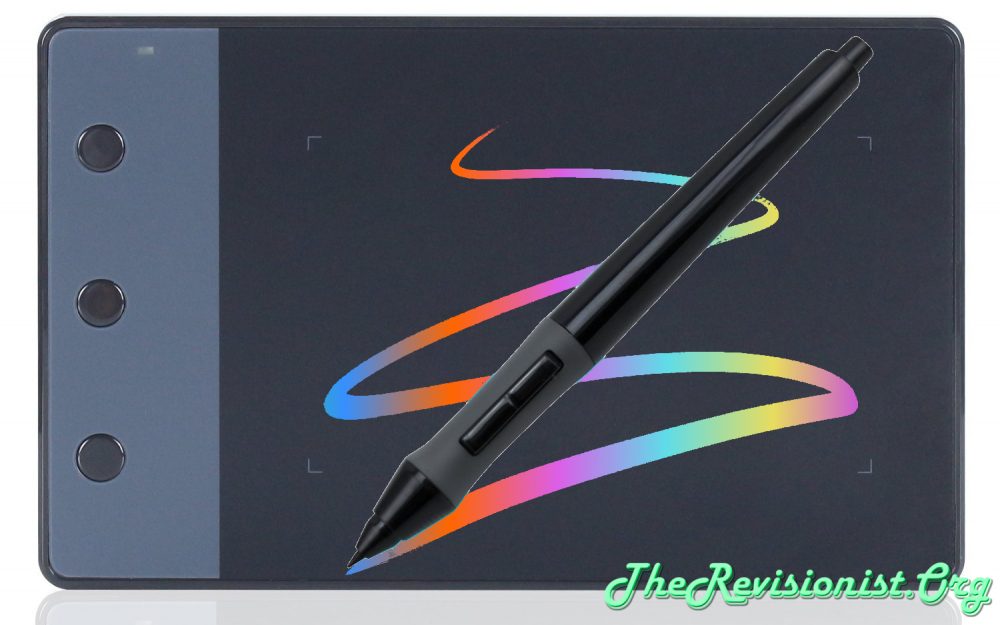 So recently I’ve purchased the Huion H420 USB Pen Tablet. I’ve bought this nice piece of gear with the intention of being able to expand the way I use the cursor to select things on my computer. For some people, that may mean being able to draw more naturally, write digitally instead of using the keyboard, for playing OSU professionally; and/or acting as a mouse replacement for the ergonomic benefit,  preventing/letting carpal tunnel to heal. 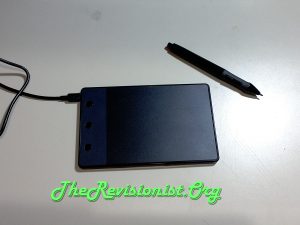 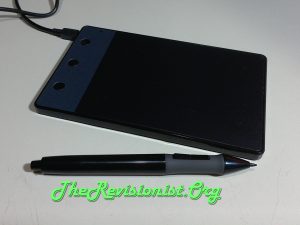 I personally bought the Huion H420 for helping me make videos. Both for screen capturing what I write on the digital desktop, and for replacing the mouse while I do video editing. I planned to use a drawing tablet for screen capture, because I needed an easier way of digitally writing things or drawing diagrams on the monitor. A graphics tablet would help me if I made math videos, explaining how to solve equations. Or it would help me explain certain concepts, say for explaining concepts in software engineering by drawing a diagram in MSpaint.

I also imagined that a graphics tablet would help me in video editing. Video editing can require an immense amount of time and concentration, and using a mouse in such a rigid fashion can lead to complications like strain, RSI, carpal tunnel, among other things. Whereas using a tool like a pen tablet feels more natural to use in the hand without putting strain on your wrist. And for this reason, there are many people who use a graphics tablet like the Huion H420 as a total replacement to the common mouse.

What are the Specs for the Huion H420 Pen Tablet?

The resolution of the pen tablet is 4000 LPI, or Line per Inch.

The H420 tablet has a reporting rate of 200RPS, and in my experience moving the cursor from one end to other on the monitor was as smooth like with any other standard mouse. The H420 pen come with 2048 levels of pressure, which is more than enough for showing the density of a drawing stroke. Just make sure that you check the “Support TabletPC” checkbox on the Huion Driver if the pressure sensitivity isn’t working with your Adobe Photoshop CC software.

The H420 also have 3 Express keys that you can assign any keyboard shortcut that you’d like.

What are the Pros of the Huion H420 Pen Tablet?

I find that the H420 tablet can be pretty useful. It’s extremely portable due to its extremely small notepad-like dimensions and extremely light weight; you’ll hardly notice a difference if you add the Huion drawing tablet to your hand bag or backpack.

I mentioned before that there are 3 programmable keys to the side of the H420 tablet. These are great, because when you are in the middle of drawing something out, you can quickly perform a command inside the graphics program that you choose to use. There are also an additional 2 programmable buttons on the pen itself; you can either designate them as left & right mouse buttons or anything else if you wish.

Along with programmable keys, there are many features that you can customize for the H420 drawing tablet. That includes the levels of pressure for the pen’s tip, the active area of the tablet, which monitor to select if you have multiple displays, and more. You also have the option of matching the active area size to match your display ratio.

The pressure sensitivity of the Huion H420 is pretty amazing for such a cheap price. With the correct settings enabled, I found that I could smoothly ramp up the gradient of darkness & lightness depending on how hard or soft I pressed my pen against the tablet- given that the Huion drawing tablet’s software is properly configured. The tablet’s surface was smooth enough to feel like I was using pen and paper, albeit with a tad bit more scratchy feedback than an actual graphite pencil on paper. I think that kind of tactile feedback should be expected, given that I was using plastic-based items.

I found that the Huion H420 pen tablet was highly responsive in my hands. It felt kind of weird at first to move the mouse cursor around the screen; it felt like I moved the cursor in a “hovering” fashion. A mouse feel different in that there is a bit more control, since the mouse didn’t move if you didn’t move it. But when I literally hovered the Huion pen 1/2 a cm above the tablet, I saw the cursor registered the small movements in my hand with no observable lag. Note that you won’t see those small “hovering” movements when the pen touches the screen on the tablet, ensuring that your strokes stay smooth.

Again, I would like to add that new tools requires a bit of time to become accustom to.

What are the Cons of the Huion H420 Pen Tablet?

There are a few downsides or features that could have been improved upon the Huion H420 drawing tablet.

First of all, I feel that the drawing area is a tad bit too small. Sure, the tablet is exceptionally usable and smooth to the pen movements. But I feel that due to the small drawing area, it takes me longer to to accurately draw what I want with precision. Maybe with enough time I would get used to the small drawing space, but if I had the budget I would go for the spacious  Wacom Intuos CTL490DW tablet, just for ease of use.

Maybe this is just nitpicking, but I really don’t want to add anymore wires to my desk. My keyboard has a wire. My mouse has a wire. My webcam has a wire. My desk lap has a wire. My microphone has a wire… I could go on. It’s no surprise people like going wireless. So ignore this nitpick if you don’t mind adding an extra wire to your desk. Or alternatively, you could look into a wireless solution, like the Wacom Wireless Bamboo Touch-Pad.

The Huion H420 tablet requires software installation. You can either install the software from the CD or download it from their website. And when you insert the CD into your comuter and choose the type of OS you have, it opens a window with a list of drivers; you simply have to choose which tablet you have out of that list. Then the software installation begins. Again, this is nitpicking. But for people who have virtually zero computer skill, they’ll need someone a little more computer adept to help them given that this tablet isn’t plug & play (actually, many drawing tablets aren’t, because the custom software allows for better customization- like assigning which button on the tablet & pen does what).

Operating the Huion H420 Graphics Tablet as a Mouse Replacement

So there are some people out there who choose to use a drawing tablet like the Huion H420 as an alternative to a mouse. The primary reason would be for better ergonomics. The way that many people hold the standard mouse is not safe for long term usage. Even I find that if I keep using a regular computer mouse for an extended period of time, I start to feel cramps and strains in my wrist- all warning signs of RSI (Repetitive Strain Injury).

Whereas with graphic drawing tablets like the H420, they require you to hold the “mouse” in the pen hand position. This greatly reduces the amount of strain that the wrist experiences, because the rotational angle of the hand is in a more natural position.

You’ll need to use the Huion tablet drivers in order to configure the buttons on the pen and the express buttons on the tablet. A good configuration is to make the pen’s first button a right mouse button, and the pen’s second button as the middle mouse wheel button- which allows you to use the pen’s second button for auto-scrolling. Note that you’ll need to tap the pen twice on the tablet in order to perform a double-click.

The tablet also gives you 3 express buttons that you can are easily configurable to perform any hotkey combination like Ctrl, Alt, Shift, plus any letter, number, PF key, etc.

A good configuration option for those 3 express buttons are to save with Ctrl+S, to close an application with Alt+F4, and Home (no hotkey needed, predefined).

So should I buy the Huion H420 Pen Tablet?

Yea, I could definitely recommend the Huion H420 as a high quality entry level tablet. You may find it perfect as a mouse replacement, but the tiny active area leaves a lot to be desired. The strokes made by the Huion H420 are very smooth, and the pressure levels allow for smooth gradient transitions from light to dark. But if you are well in the budget for it, I would also recommend the Wacom Intuos CTL490DW tablet over the H420 just for it’s bigger active drawing area.