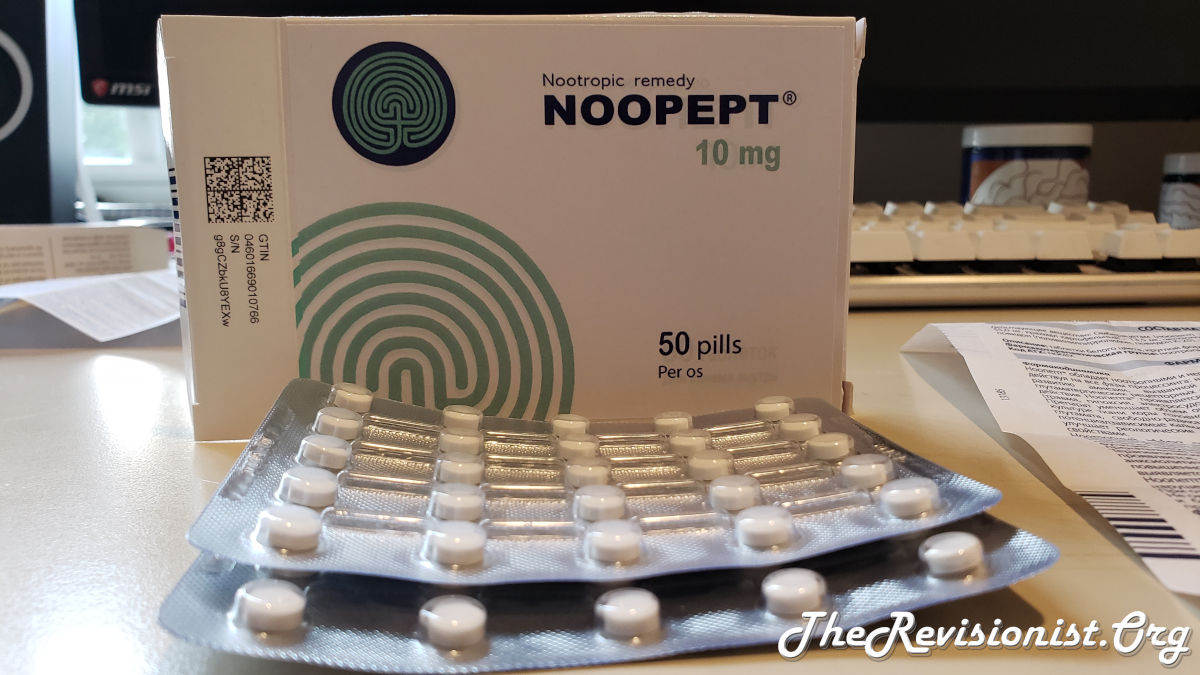 In this article I will be covering the observations and findings of scientific research studies pertaining to the effects and actions of Noopept. My hope is that by providing a sort of “meta-analysis” through gathering all these studies and sorting them categorically into separate effects, I would be able to help the reader better understand what noopept actually does, and what it could do for the brain.

Before, I have written about my personal experience with using noopept as a cognitive enhancer. My user anecdote may help provide a perspective on noopept that you would be hard pressed to acquire from reading scientific studies alone. So I suggest that you give that article a read after this one.

And just in case you didn’t already know, noopept is a nootropic drug that is often grouped together with the racetam group of drugs, although “technically” it is not a racetam because it does not have a 2-oxo-pyrollidine nucleus in its chemical structure. But noopept is a N-acyl proline derivative synthesized from the active fragments of vasopressin metabolite AVP4-9 and piracetam[5]. Noopept itself is a “proline-containing dipeptide”, a peptide in other words [2]. Noopept mainly exerts a nootropic effect by activating HIF-1[8], and BDN & NGF [5] in the brain. Noopept is used for improving cognitive impairment[1][4], memory & attention, reducing headaches & emotional lability, and normalizing sleep.

According to the research, noopept has many benefits. But the main range of therapeutic action noopept has involves being an anxiolytic (decreases anxiety), a psychostimulatory (mental stimulant), and increasing neurotrophins (NGF, BDNF) in the brain. More specifically, some of noopepts benefits include:

Study [1] is a clinical trial where they found that noopept was more effective than piracetam for treating cerebral patients of 2 groups: cerebral ischemia (poor blood flow to the brain that can be caused by strokes), and post TBI (traumatic Brain Injury). In these patients, noopept reduces irritability, emotional lability, fatigue, anxiety, depression, and severity of headaches. Noopept was also found to improve sleep quality, attention & concentration, memory. Piracetam on the other hand was ineffective for post-TBI patients.

Study [2] mentions that noopept is a full spectrum mnemotropic, meaning that noopept aids in all 3 stages of learning: memory acquisition, memory consolidation, and memory retrieval. In this sense, noopept is a better mnemotrophic agent than piracetam, which only shows improvements in the early stage of memory acquisition. Study [2] also mentions that an effective dose for noopept is 1000 times less than piracetam. And that because noopept is a simple dipeptide, it is active for parenteral and  peroral (oral) administrations.

In study [3], researchers tested noopept’s neuroprotective action on PC12 neuronal cells treated with Aβ25–35 peptides, which acted as a cellular model of Alzheimer’s Disease. The researchers observed that the Aβ increased ROS (Reactive Oxygen Species), calcium levels, tau phosphorylation, and apoptosis (programmed cell death). Overall cell viability was decreased. But when the scientists pretreated the PC12 neurons with noopept before administering the Aβ peptides, they found a reduction in apoptosis, ROS, calcium levels, and tau phosphorylation. Additionally, cell viability almost doubled, mitochondrial membrane potential was enhanced, and structural changes to the neurites outgrowth cause by the Aβ were mostly reversed by noopept.

Study [4] is another clinical trial done on noopept involving 60 patients who suffered from stroke. The study went for a duration of 12 months testing the treatment of noopept. Through the testing, researchers found that cognitive function was significantly improved compared to control after 2 months. And the researchers showed that using noopept at 20mg daily for 2 months improved the cognitive function of these stroke patients at a high level of safety.

Study [6] is another rat study reporting that noopept produces anti-amnesic effects and improves all 3 stages of learning (mnemotropic). Interestingly, the anti-amnesic effect of noopept possessed a dose-dependent 2 peak bell-shaped curve. Peaking at 0.5-0.7mg/kg, dropping off at 1.2mg/kg, peaking again at 10mg/kg, and finally dropping off again at 30mg/kg. Remember that this specifically for rat’s anti-amnesic effect from noopept. So this will not translate exactly to humans. Now, with acute administration of noopept, learning ability is improved. For chronic administration, the number of successful learners among the rats increased. Meaning more of them were able to pass the avoidance testing.

Study [7] is a study that investigates the effect of piracetam & noopept on the electroencephalogram of rats. In other words, they check changes in brain wave activity when the rats are administered these nootropic compounds. What they found is that noopept increased the alpha/beta1 brain wave activity in all the brain areas that the scientists checked for, which is the cortex and hippocampus. The study states that both piracetam and noopept are associated with the activation of NMDA receptors, and suggests that nootropics like noopept enhances glutamate release. Note that Alpha brain wave activity is associated with attention and short-term memory, such that a decrease in alpha activity results in deficits in concentration. Furthermore, activation of NMDA receptors is extremely important for inducing LTP (Long-Term Potentiation). LTP helps consolidate long-term memories.

In Study [8], researchers found that noopept increases the DNA-binding activity of transcription factor HIF-1 (hypoxia-inducible factor 1), which was further increased when hypoxia was artificially stimulated with C0Cl2. Furthermore, they found that noopept’s ability to increase HIF-1 binding is concentration-dependent. The researchers proposed that noopept’s primary mechanism of action and wide-range effects on the brain is through this HIF positive effect, because HIF-1 activates up to 100 genes as an adaptive response to hypoxia (lack of oxygen). These include genes involved in erythropoiesis, angiogenesis via VEGF (Vascular Endothelial Growth Factor) activation, activation of antioxidant enzymes, energy metabolism in mitochondria, neuroprotection by neurotrophins, and activation of glucose transporters. HIF-1 also indirectly affects GABA receptors and increases tyrosine hydroxylase activity. Finally, know that HIF activation is the brain’s primary neuroprotective mechanism during hypoxic & ischemic events like stroke, and neurodegenerative diseases.