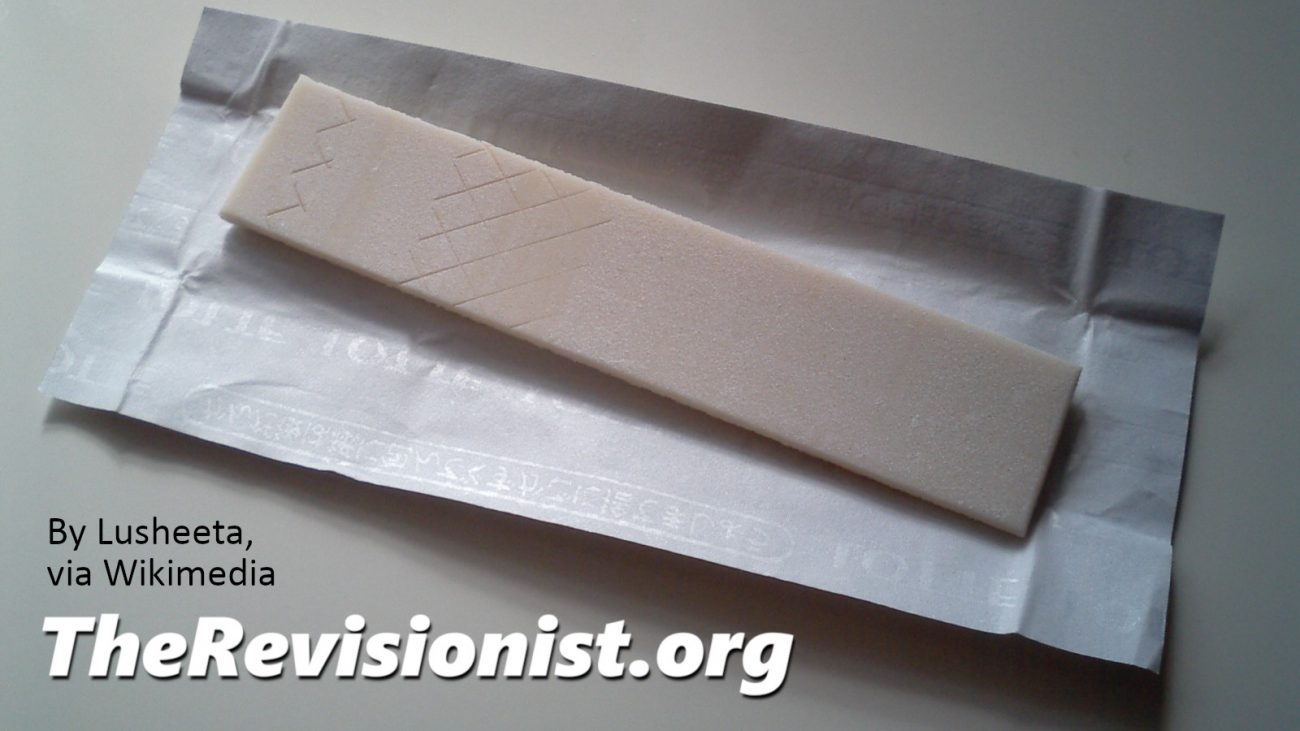 Mastication, or chewing, can play a huge part in stimulating our brain for enhanced cognitive function. That’s because there is a large number of neural connections running from our mouth to our brain. Quite a significant part of our brain is dedicated to interpreting somatosensory information and to orchestrating the motor movements of our lips, mouth, tongue, etc.

Language and the Brain

The language parts of our brain is strongly connected to our oral organs with which we speak; the great complexity of our speech is all tied to our mouth (other than body & sign language). In other words, there is no oration without the oral.

And so our brains find the auditory information for spoken language by recording sounds from our environment. Specifically, the brain associates different events, occurrences and stimuli to sound. That’s why when you show a child an apple & say its name “apple” immediately after, the child will now associates the physical apple with the auditory equivalent.

So if you hold a couple of different fruit in front of the child, and ask the child for the apple, the child will be able to differentiate the apple from the other fruit because he/she now knows the auditory-physical association.

So this is a very basic way of understanding how we human beings acquire language. Our brains are such miraculous creations that by these auditory-to-stimuli associations we can even think in terms of spoken language; in our mind we may hear our own voice or others when we are thinking or reading a book. What we hear becomes a part of our mind, a part of our inner monologue.

So What’s up with Mastication?

So although I may have gone off on a tangent, the question remains: what does mastication, or chewing, have to do with speech, language, and the brain in general?

Well, I already alluded to earlier that the oral region of the body has many neural connections to different part of the brain, because we use our mouth for many different cognitive tasks and function, such as language, communication, vocalization, and our sense of touch. Our lips are one of the most sensitive parts of our skin, and our mouth and tongue are the forefront of our ability to communicate and exchange ideas.

My point is that because our mouth has so many strong neural connections to different parts of our brain, mastication or chewing is one method available for activating some of those neural connections, thereby activating their associated brain region. Through the activation of different brain regions, their functions can be enlisted or enhanced for particular cognitive tasks. Or the stimulation of those brain regions directly enhances their function and structure.

And if a part of the brain isn’t stimulated often enough, then logically you can expect that part of the brain to atrophy. Brain stimulation is the key to developing the brain. That’s why you can find studies showing studious, intellectual people that have a high level of education have a lower risk for age-related dementia. So as the saying goes, you either use it or lose it.

A good example of brain stimulation is of the Black Taxi cab drivers who have to memorize the complex maze-like city of London over the span of a few years. By stimulating the brain through the memorization of different navigational paths, the brains of these taxi cab drivers slowly adapted to function more efficiently for path navigation & path memorization. Specifically, the posterior (back end) hippocampus developed & grew in size. An interesting point is that in return, the anterior (front end) hippocampus became smaller. The anterior hippocampus has functions related to memorizing complex visuals. So by training one part of the brain, you may end up diminishing or neglecting another part of the brain.

But my point is that the brain changes according to the stimuli that it receives. So the question remains, how does the brain change when stimulated through mastication?

Effects of Mastication & A Lack Thereof

Reduced mastication (for example with the “soylent diet”, Yuck!) is actually a risk factor for dementia- on the flip side chewing stimulates the brain in such a positive way that it even staves off dementia or the wasting away of the brain.

One study[1] showed a correlation where people with fewer remaining teeth had lower levels of cognitive function and had a higher risk for acquiring dementia. The reason why this correlation exists is because our brain derives a lot of beneficial stimulation from the oral region of our body. And so chewing is one action that provides that stimulation. But with a fewer number of teeth, one may conclude that mastication is decreased and likewise the beneficial brain stimulation is decreased.

Research on aging and mastication have shown that the decrease of number of teeth and the impairment jaw muscle activity due to aging cause a reduction in sensory input activity to the central nervous system. Functional magnetic resonance imaging and positron emission topography revealed that mastication increases cortical blood flow and widely activates various cortical areas of the somatosensory, supplementary motor, and insular cortices, as well as the striatum, thalamus and cerebellum.[1]

So mastication not only stimulates the brain directly through neural connections in mouth, but also positively affects brain function indirectly through our endocrine/autonomic systems. Specifically, active mastication has the ability to reduce a person’s stress response.

An exception is with abnormal mastication caused by occlusal disharmony (e.g. severely misaligned teeth) that produces chronic stress, which in turn suppresses learning.

But normal mastication reduces the level of corticosteroids in blood circulation, thereby suppressing the hypothalamic-pituitary-adrenal (HPA) axis to contribute to preserving a person’s cognitive function. Because the truth is that stress disrupts hippocampal function and overtime chronic stress damages the structure of the hippocampus, thereby making it harder for a person to learn. And so reducing stress, such as with mastication, is one way to improve learning & memory[2].

Indeed, it is important to consider that stress is a major factor that harms the function & structure of the hippocampus, which is the brain’s center for learning, encoding new memories, and storing short-term memories. So one observation that you may notice is that people constantly under high amounts of stress suffer from reduced learning ability and impaired memory. So as a student, it is actually important stay relaxed in order to excel academically. Chewing gum may be one method available for a student to stay calm & composed for efficient learning during a high stress load.

And the calming attribute of mastication may help explain why some people pursue the consumption of food when they are feeling stressed out or depressed.

I mentioned before that mastication can activate some of the neural connections coming from the mouth to the brain. Going into detail, active mastication increases the activation of the hippocampus and the prefrontal cortex, brain region essential for various different cognitive processes. I already mentioned that the hippocampus is responsible for learning and memory- essentially a central encoding site for the formation of new memories and where short-term memories are temporarily stored.

The prefrontal cortex is the region of the brain that is responsible for executive function, which involves being able to differentiate between conflicting thoughts, determining what is good or bad, better and best, same and different, the consequence of one’s actions, working toward a defined goal, being able to predict outcomes, having expectations based on actions, and being able to control oneself socially or behaviorally.

I personally find that masticating while studying or performing cognitively demanding work (blogging or article writing) is very useful for enhancing focus, short-term working memory, and comprehension. I would even go as far as to say that chewing increases my chances of finding inspiration, connections, or understanding information that is not immediately apparent. It is interesting that such a simple action as chewing has such a mind broadening, cognitive enhancing effects.

Although I should mention that I mainly chew on frankincense. Although there are many different varieties of frankincense, most of them offer medicinal & anti-inflammatory effects that can result in brain improvements in and of itself.

But the best frankincense for mastication, and the one that I use for chewing is from the Boswellia Frereana tree, which exudes a yellow-orange-gum with white streaks or patches sometimes running across its surface. This gum is also known as Maydi or Coptic frankincense.

Here’s Something to Chew On!