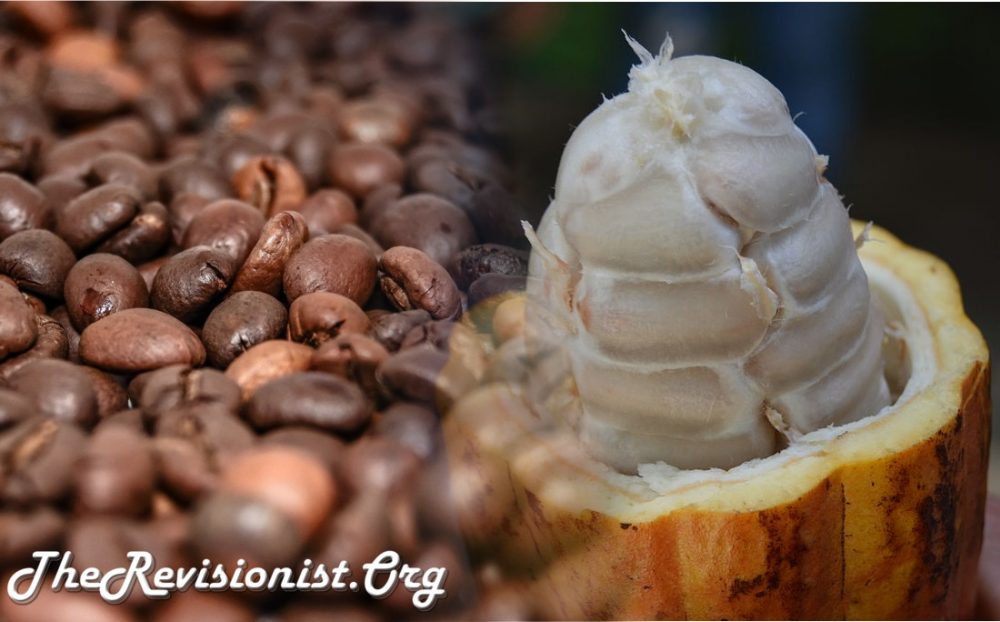 The Revisionist > Bio-Hacking > Caffeine Vs Theobromine – Difference in Function

Both caffeine and theobromine are very similar molecules. But they only differ by a single methyl group! Theobromine, which mainly comes from the cacao tree, has two methyl groups attached to the nitrogen atoms in its original xanthine skeleton (an oxidized purine molecule much like guanosine).  Caffeine comes from the coffee plant, or Coffea arabica, and is the trimethylated derivative of xanthine.  Both of the molecules are produced via metabolism of nucleosides, and arise from modification of inosine, a purine derivative similar to guanine and adenine.  Inosine is also used in the production of uric acid, which is more oxidized than xanthine.

To understand how caffeine and theobromine function similarly, we first need to take a look at the two molecules side by side, and observe their structural similarities below:

The left molecule is caffeine, and the right molecule is theobromine.  Theobromine is an isomer of theophylline, which has the methyl groups placed on different nitrogen atoms of the original xanthine skeleton.  The remarkable similarity among these two molecules explains their similarities in body effects on living organisms.

Both caffeine and theobromine do find use as vasodilators, where they help asthmatics experience improvement in breathing by widening the blood vessels in their lungs.  With their nearly identical shapes, they ‘feel’ the same to many enzymes that they interact with.  However, some of the enzymes seem to experience a more ‘loose’ fit with theobromine, compared to a tight fit with caffeine.  This is why caffeine has stronger stimulant effects, as it can fit into neurotransmitter-producing or processing enzymes quite well and keep them active for a longer period, compared to theobromine.  Theobromine does not occupy the active sites of these enzymes as extensively as caffeine does, so it fits in these sites loosely and can easily come out of the enzyme.

Both of these molecules also have diuretic and heart stimulation effects, by virtue of their structural similarities. These molecules encourage release of water from the urinary system, and interact with the enzymes present in the heart, aiding to excite it.  In 1916, theobromine was recommended as a way of treating edema, which is fluid buildup, as it would help the body drain this excess fluid via excretion as urine.  Caffeine can sometimes be converted into theobromine during metabolism (via loss of a methyl group), so some of the pharmacological effects seen with caffeine may actually arise from theobromine being present in the body.

Pharmacologically, these two molecules are phosphodiesterase inhibitors.  They prevent phosphate groups from being sawed off certain molecules used as signals in the body, and forcing some of these signal molecules to persist for a longer time than usual.  Some of the chemicals these inhibitors affect include cyclic adenosine monophosphate (cAMP, a major enzyme signal derived from ATP), leukotrienes (allergy mediating chemicals), and tumor necrosis factor, a signal used in inflammation and cell repair.  Theobromine is recognized to be an adenosine receptor antagonist, where it can fit into enzymes that usually accept adenosine as a chemical signal, and actually prevent these enzymes from working.  Essentially, the molecule deadens the signals transmitted by these receptors, because the mimic molecule blocks out the real molecule and keeps it from acting as a signal.  Caffeine is a stronger inhibitor compared to theobromine when it comes to these enzymes, so in principle, you can use either molecule and get inhibition of the enzymes.  You would need higher concentrations of theobromine to obtain the same inhibitory effects of an enzyme, compared to caffeine.

It is not known whether theobromine in the chocolate plant acts as a bug killer, as caffeine is known to paralyze insects feeding on the coca plant.  As caffeine interacts well with the brain, addiction and rewarding can occur.  This is observed with insects that help pollinate coca plants, because they get a stimulus out of these plants, much like we do when we drink coffee.  In effect, the bee or fly that pollinates the coca plant is literally feeling a buzz and is encouraged to visit more flowers, helping to pollinate more of the flowers while ‘buzzed’ on caffeine.  Caffeine is more recognized for its nervous system effects, compared to theobromine.  This is a difference that arises in the brain-blood barrier, which prevents certain types of molecules from getting to the nervous system via the bloodstream.  As caffeine has more methyl groups, it is perceived to be more polar, and can safely get through this barrier.  With fewer methyl groups, theobromine and its analogues (uric acid and theophylline) do not cross this barrier.  This is why we do not see gout in the nervous system, since uric acid does not build up there.  To better understand this minor difference, we need to look at the atomic charges of these two molecules.  We can do this by mapping the charges on a surface, called an electrostatic potential map or surface.  This surface is colored in such a way that red represents strong negative charges, while blue gives us locations of strong positive charges.  Green tells us the areas of the molecule that are electronically neutral, typical for non-polar molecules.  The two molecules’ surfaces are compared in this picture below:

Caffeine seems to have stronger negative charges on its oxygen atoms and free nitrogen atom, while theobromine’s charges are more muted.  Methyl groups are known to be electron-donating, so they tend to increase electron density at regions they are attached to.  This causes caffeine to experience a larger imbalance in its electrostatic distribution, compared to what theobromine experiences with just two methyl groups.  The methyl groups are what separates these two molecules in their ability to penetrate the brain-blood barrier, which is such a vital factor in explaining the minor pharmacological differences of these related molecules.  Theobromine, less adept at getting through this barrier, is effective as a blood vessel dilator and heart stimulant.  Caffeine, which slides through this barrier, is able to create sensations of alertness and sleeplessness, while retaining its fluid-draining and blood vessel dilation effects, inherited from theobromine.

One thought to “Caffeine Vs Theobromine – Difference in Function”