Skip to main content
The Revisionist > My Math Notes > Calculus I & II > 6.1 Velocity and Net Change

So you should know that there is a relationship between the position and velocity of an object moving along a line. Afterall, velocity is simple position over time s/t .

So with integration, you can now say so much more about the relationship between position and velocity… The information in this section is heavily based on the Fundamental Theorem of Calculus. 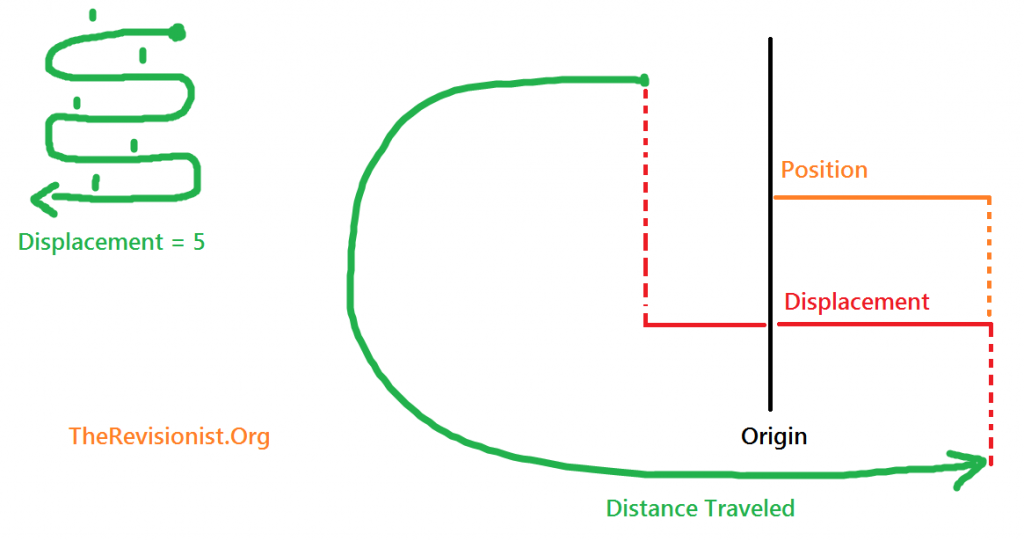 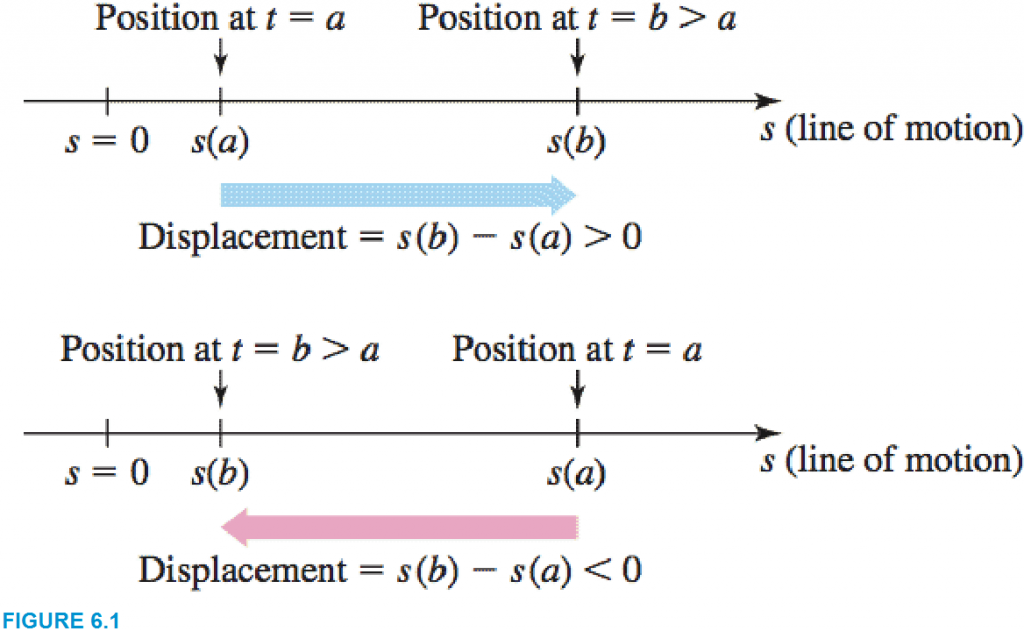 Let’s say that you are driving along a straight highway street.

Your position relative to a reference point or origin is s(t) for times t ≥ 0.

Your displacement over a time interval [a,b] is the change in position s(b) – s(a).

If s(b) > s(a), then your displacement is positive.

If s(b) < s(a), then your displacement is negative.

v(t) means the velocity of an object at a particular time t. v(t) measures s(t) rate of change.

This also means that s is an anti-derivative of v.

is another way of writing s(t). But this definite integral indicates the change in position (displacement) between time t = a & t = b.

So the change in position (displacement) over the time interval [a,b] is also the net area (or total area) under the velocity curve between [a,b]. 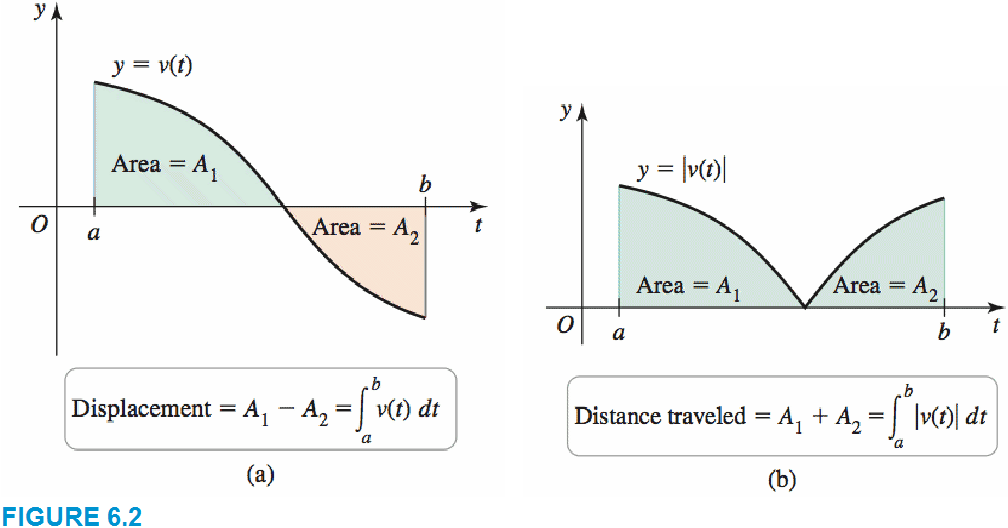 So if the velocity is positive, the object moves in a positive direction, and the displacement = distance traveled.

However if the velocity changes signs, then the displacement and distance traveled are not equal.

Know that if you want to compute the distance traveled, you need to take the magnitude (no sign) of the velocity |v(t)| . |v(t)| is also known as the speed.

The distance traveled over time (dt) is |v(t)|dt. This is also known as the speed multiplied by the elapsed time.

So the distance traveled over the time interval [a,b] is the integral of the speed: