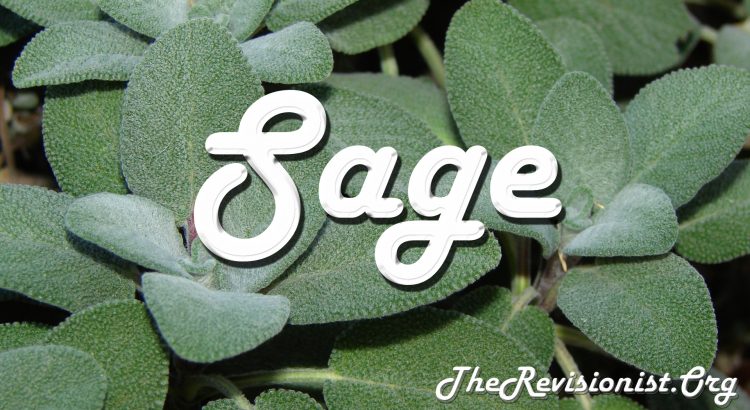 In this article, I am going to be talking about The Common Sage, latin name Salvia officinalis. It’s a member of the mint family, and sage is reminiscent of mint- sage has a distinct minty, camphoraceous, slightly peppery smell.

Personally, I have experience using NOW Foods brand of Sage oil. And I find that Sage oil is one of the more useful essential oil (EO) that I have encountered. Sage EO is a very pungent, fragrant oil that is long lasting when applied to the skin. I’ve applied some to my armpits as a deodorant to ward off bad smell, and I smell like sage all day. By the way, sage makes me smell great! To me, I find it like a very masculine cologne. And indeed, Sage is currently used by perfumers as an ingredient to many popular colognes and perfumes meant to be used by men.

Expanding on the scent profile of Sage, it can be described as: warm, camphoraceous, spicy, earthy, herbaceous, soft yet savory and perhaps a tad bit lemony. 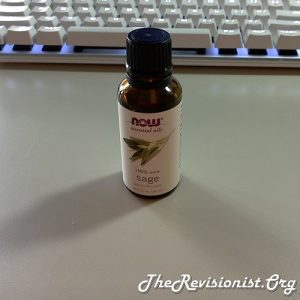 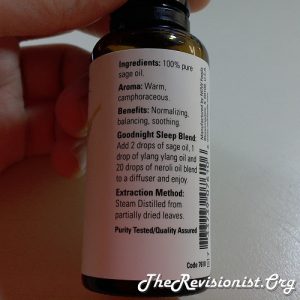 Listing the properties of Sage Essential Oil, they are:

Listing the documented uses of Sage Essential Oil, they are:

According to alternative/natural medicine, sage oil is suppose to reduce hair shedding and hair loss by increasing the healthy blood flow to the scalp, although I personally haven’t gotten the chance to see that for myself (I’m not bald enough to try ( ͡° ͜ʖ ͡°)).

Sage was traditionally used as a culinary spice and as a medieval medicine in England, France, and Germany. Sage, although falling out of use by modern medical practitioners, is still used domestically as a medicine in Europe. In Ancient & medieval times, Sage was highly revered as a medicine.

Gerard, the famous herbalist during the medieval times, said that sage was useful for, “quickening the senses and memory, strengthening the sinews and restoring health to those suffering from palsies which cause shaking and trembling of limbs”. What I understand is that Gerard saw sage allowed more control or energy in the muscular system of the body and mind, because sage affects the Central Nervous System by increases acetylcholine concentration in the body, allowing the nerves that run through our body to communicate with each other more rapidly. 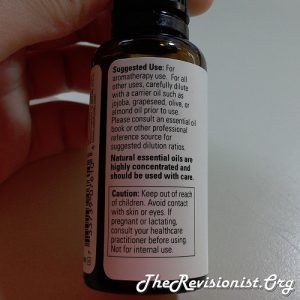 Modern medicine also shows sage as a potent antioxidant, both the oil, and whole herb. It can be used to treat a variety of disorders such as candida overgrowth, colds, sore throats, but dilute it properly with other oils or you can give your sensitive mucus membranes a chemical burn (although not an artificial chemical). Although the NOW Foods brand of sage essential oil is food grade is supposedly can be used for consumption, I would personally avoid internally taking any essential oil. I would rather go about brewing tea from the leaves of the sage plant if I wanted to take it internally.

Another thing to consider is that Sage has quite a bit of thujone content, making up the majority of the essential oil. Again, another reason why you shouldn’t take Sage essential oil internally, given its concentration. I’ve said before that I applied some to the skin of my armpits. And from that, I feel the jittery rush of stimulation that I need to make my brain work faster, and get things done. So you don’t need to take sage internally if you are looking for its psychoactive effects; I describe the psychoactive effected that I observed further down this article.

Warning: as indicated on the bottle of the NOW Foods Sage Essential Oil, do not use if you are pregnant or lactating without first consulting a doctor.

Sage as a Stimulant

Thujone, the main psychoactive ingredient in sage, is a GABA antagonist. A GABA antagonist is a brain stimulant in the sense that it turns off the “breaks”. GABA kinda act like breaks in a car, for the brain.

I know that this sage, salvia officinalis, is suppose to have thujone. And thujone in high quantities (at least consumed) is quite toxic to the liver and brain cells. But if I may say, the dose makes the poison, right? Even too much water is toxic, so to speak.

Also, Thujone has a 25+ hour half-life… You really don’t want to be taking thujone daily then. Compare to that, caffeine has a half-life of 5 to 6 hours.

Although both wormwood and sage both have the main active chemical thujone, I just had such a great experience with sage compared to wormwood. So there must be something different between the two. Anyways, below you’ll find my anecdote for using sage oil 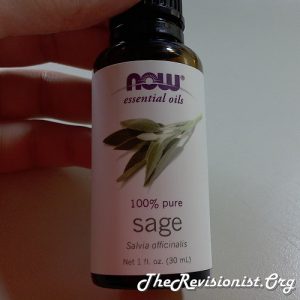 When I used NOW Food Sage essential oil, I like to avoid any internal use and I only use a few drops maximum. Essential oil is extremely potent, and has the potential to kill a lot of gut flora in your stomach, and yourself too.

So when I rubbed some sage onto my lips, I felt it act so fast. Really, I was surprised! I can definitely say that my concentration & overall wakefulness was extremely increased. I felt clearheaded- you know that type of irritation that makes you distracted when your trying to focus on what’s more important? Well that’s gone. Bye bye.

So let me go ahead and describe some more effects that I felt, to you. I felt so relaxed, a bit like Kava. Super focused. Lazer pin point. Eyes feel like they have opened for the first time. Colors seemed more radiant and saturated. Thoughts flow freely like water. I seem to type a lot faster than usual. And reading and digesting textual information is a lot easier!

One weird effect that I experienced with my vision is that I kind of had a bit of motion blur with my vision, so that when I moved my eyes across a computer display from one point to another, it took me a split second for my eyes to focus on the text. This happened the first time that I used sage; with continued use this effect becomes much more of a rare occurrence. Perhaps its my body building tolerance to the sage oil?

I find that if I take some Monoamine Oxidase Inhibitors (MAOI) before I take the sage, the effect is extremely more pronounced and useful. I’m specifically referring to turmeric, which is a strong MAOI and anti-inflammatory. The procedure that I take is to make some Turmeric-ginger tea; but I feel that it is more effective just to chew on the Turmeric root. I also should try using cocoa, as I suspect that Cocoa is a better MAOI than turmeric in respect to how easy it is on the stomach.

To end this essay, let me just say that if you do end up experimenting with, I would recommend either sticking with a small quantity of leaves, since those are actually used in cooking. And although I rubbed the sage essential oil on my lips, a sensitive area of skin for maximum absorption, I can not vouch for you to do this. However, I can say that as dictated on the description of the EO bottle that I used, go ahead and try sage in aroma therapy.