Skip to main content
The Revisionist > Bio-Hacking > Nootropics: Drugs that Increase the Power of the Brain > Semax – Dosage & Cognitive Effects

Here, I plan to compile useful information about a nootropic drug called “Semax”. I’ve first heard of Semax in the nootropics subreddit, testifying to its efficacy. Well, I’m going to dig deeper and do research on this particular drug. And if I get a chance to try it, share my experience too.

What is the Dosage for Semax?

So the normal range of dosage for Semax is around 300mcg to 600mcg; for new users they should always start at a extremely low dose and work their way up. The logic is that with any drug, you don’t want to overdose or have an adverse reaction. For overdosage, perhaps there could be an error in the way the pill was manufactured, or a mislabel, causing the amount of the active ingredient in the drug to be more or less than expected. For adverse reactions, taking a very small dose to test how your body reacts to the substance is a very smart precaution to take.

What are the Effects of Semax?

One property of semax is to drastically boost BDNF & NGF levels in certain parts of the brain. That translates to boosted neuroplasticity, and is possibly one reason why people have found semax to improve learning, memory, and mood in the long term.

Let’s take a look at one study the National Institute of Health has published about Semax:

Semax is a synthetic peptide, which consists of the N-terminal adrenocorticotropic hormone fragment (4-7) (ACTH4-7) and C-terminal Pro-Gly-Pro peptide. Semax promotes neuron survival in hypoxia, increases selective attention and memory storage. It was shown that this synthetic peptide exerted a number of gene expressions, especially brain derived neurotrophic factor gene (Bdnf) and nerve growth factor gene (Ngf). Temporary dynamics of Bdnf and Ngf expression in rat hippocampus and frontal cortex under Semax action (50 mg/kg, single intranasal administration) was studied in this work. It was shown that the studied gene expression levels changed significantly both in the hippocampus and the frontal cortex tissues 20 minutes after the peptide preparation application. The expression levels decreased in the hippocampus and increased in the frontal cortex. Forty minutes after Semax administration both gene expression levels returned to the level typical of control tissues. After that they increased significantly by 90 minutes after experiment start. Bdnf and Ngf expression levels decreased up to the control levels by 8 hours after medicine applying maximum gene expression levels were attained. Thus, Semax administration results in rapid, long-term, and specific activation of Bdnf and Ngf expression changes in different rat brain departments.[1]

So there quite a bit of information that we can mine from this study. For starters, semax helps neurons in the brain survive in low oxygen conditions. So that means that if you were in a situation where there was low oxygen, you brain cells (neurons specifically) would last longer before dying of oxygen deprivation. So that sound useful if you were in a hypoxic extreme situations, like a forest fire or drowning. But what does this mean for regular users? 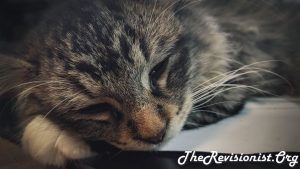 Well, our brain may actually experience hypoxia day to day, without us knowing it. For example, while we are sleeping some of us experience sleep apnea, which cuts of oxygen to the brain for short periods of time. A person with sleep apnea will notice that their quality of sleep is very low, and wakes up feeling fatigued and without feeling rested. That’s because the body & brain doesn’t get a chance to fall into a deep sleep while you are suffocating; the body has to repeatedly “wake” while you are unconscious so you don’t suffocate.

Another consequence of sleep apnea is that unfortunately some of your brain cells or neurons do die as a result of oxygen deprivation. And so with chronic sleep apnea you will end up significant brain damage in the long run. But semax could help counteract the loss of brain cells via sleep apnea, given that semax helps neurons survive in low oxygen conditions. Of course, if you know you have sleep apnea you should go to a doctor to have it treated. 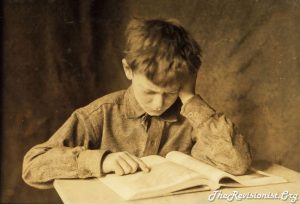 And memory storage refers to how well or how much we can remember. So Semax improve how well we can remember & learn new things, according to the study. But how exactly?

Well further along in the text of the abstract, they mentioned that Semax affected the gene expression of BDNF (Brain Derived Neurotrophic Factor) and NGF (Nerve Growth Factor). Specifically, the BDNF and NGF levels in the brain’s hippocampus and frontal cortex significantly increased 90 minutes after Semax was administered to the rats. This increase lasted 8 hours after application, showing that “Semax administration results in rapid, long-term, and specific activation of BDNF and NGF expression changes in different rat brain departments”.

BDNF and NGF are both substances that are involved in the survival & growth of brain neurons; so improving BDNF and NGF also improves the function of the brain.

Finally, The hippocampus is the area of the brain responsible for the formation of new memories. This was determined when a famous patient called HM had a part of his hippocampus removed to prevent epilepsy. The consequence was that from that day onward, he was unable to form new memories. However, he still remembered his past.