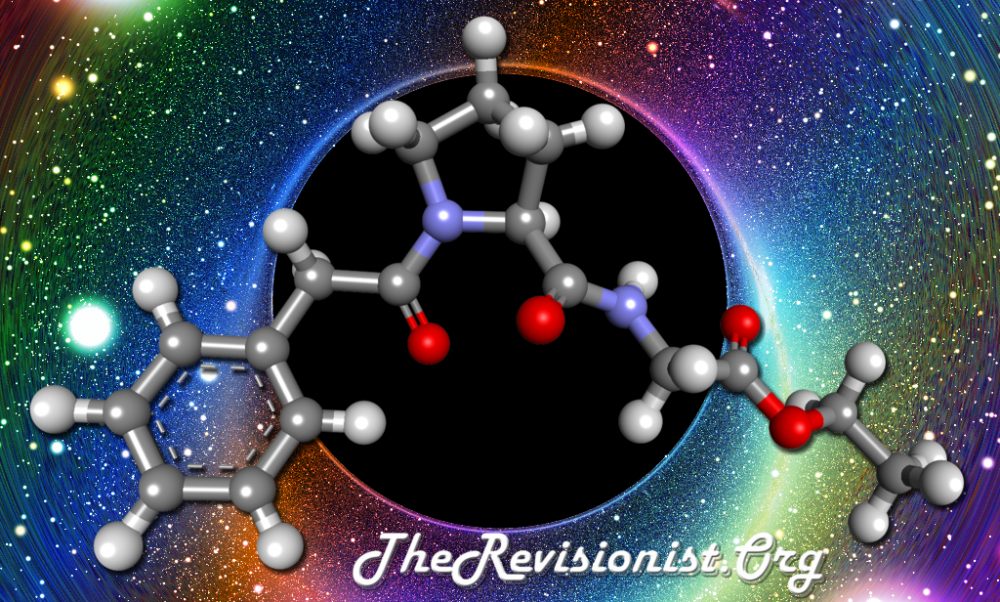 The Revisionist > Bio-Hacking > Nootropics: Drugs that Increase the Power of the Brain > An Overview for Noopept

Noopept is a Russian pharmaceutical dipeptide prodrug developed solely with the aim of enhancing cognition. It is also known as N-phenylacetyl-L-prolylglycine Ethyl Ester. As a prodrug, noopept produces a chemical called cycloprolylglycine when it goes inside the body.

Noopept is a nootropic agent that is shown to be more effective than piracetam for recovering cognitive function from vascular brain damage [1]. Noopept is a peptide that is said to be 1000 times as potent as Piracetam, although this is a generalization.

Noopept users find that it has anxiolytic and mildly psychostimulatory effects. In my experience, I find that one of its short-term effects is to lift brain fog and it allows me to think more clearly. Noopept can be absorbed through the gastrointestinal tract, and easily crosses the blood brain barrier.

Some beneficial effects of noopept include increasing Neural Growth Factor (NGF) and Brain-Derived Neurotrophic Factor (BDNF) concentrations in the hippocampus. In vitro, it is foudn to have a cholinosensitizing effect; I understand that neurons become more sensitive to acetylcholine. Noopept was observed to help rats overcome the status of learned helplessness, cause longer fibril formation of brain neurons.

The bioavailability of noopept isn’t exactly obvious because not too many human studies have been conducted on it. As of May 18, 2021, I am personally aware of only 1 human trial that was conducted for noopept, and it showed that noopept was more effective than piracetam for treating vascular-related brain damage [1].

Since human trials still seem to be lacking for noopept, we have to deduce the human bioavailability of noopept from another study which takes a look at noopept’s bioavailability in rats and rabbits [2].

Typically noopept tablets absorb a bit slower and lasts a bit longer in the blood stream then pure noopept powder. However pure noopept powder peaks slightly faster and higher than the noopept tablet. But overall the study shows that the absorption of noopept as a powder versus as a tablet is very similar. In other words, it doesn’t make a significant difference.

Special note: some sources state that noopept is bioavailable at ~97% orally. This is factually incorrect, and rather a mis-reading of the study [2] I linked. The study mentions that:

Despite these minor differences, the pharmacokinetic profiles of noopept administered in the form of tablets and as the parent substance are generally comparable, the relative drug bioaccessibility being on the average AUCtabl/AUCpar = 98.57 ± 4.36%.

Which means that compared to the pure noopept powder, the noopept tablets are ~99% as absorbable or effective. Credits to u/MisterYouAreSoDumb [3].

When dosing noopept, one should stick with the prescription prescribed by the Russian doctors. The Russian scientists who developed and research noopept know more about its method of action than any layman, and thus one should follow the dosing protocol that the Russian doctors recommend to avoid negative side effects.

Noopept in the form of tablets is a long term medication that is meant to be taken for a period of 1.5-3 months before taking a break for a month [4]. The dosage of noopept for each day is 10mg. If the user wishes to use more, he would dose 10mg again a separate time. Up to a total of 30mg.

The suggested dosing protocol is outlined in the video below. If you don’t know Russian, I suggest turning on the YouTube captions and then selecting auto-translate to English for this video:

I don’t recommend you do this, but I personally use a noopept nasal spray at concentrations of 2.32mg noopept per spray. I take 2 sprays at once as a single “dose”, and I take a “dose” intermittently while I study. So in one study session I may dose up to 3 times, and if I work the whole day I would probably take around 9 doses, which is 18 sprays. Doing the math, that would be about ~20.88mg of noopept. That’s a lot of noopept for intranasal use, given that the bioavailability is closer to ~100% intranasally vs. ~10% orally. It could be similar to orally taking 200mg of noopept! Which is waaay to much. However, I don’t work continuously throughout the day, so the amount of noopept I use intranasally is probably much less.

So far, I haven’t really noticed negative side effects from using noopept like this. But I seem to be a unique case, and noopept may interact with your brain’s biology differently. With high intranasal dosing I get some head pressure without reaching the level of a headache, and I notice that taking noopept close to bedtime lowers sleep quality (similar to drinking coffee before you go to sleep).

But do note that with noopept, more is usually not better. Most of the time, you will only increase the number of negative side-effects by increasing the dose. A common negative side effect reported by people taking higher doses is temporary short-term memory loss.

There are 2 key aspects when it comes to noopept. Dosing and effect over time. I find that the less of a dose of noopept you take, the less likely you are to develop or perceive a “tolerance” to it. With higher doses, you run into increased side effects like brain fog and headaches.

Since noopept needs to be measured in milligrams, it is easy to over- or undershoot the dose you target when you measure it. Commonly vendors offer micro scoops for measuring a dose, but using micro scoops isn’t a reliable method because the noopept powder usually does not have a uniform density.

Of course, this isn’t an issue if you decide to go with pharmaceutical grade noopept tablets. Otherwise, if you are working with a noopept powder you need to use a milligram scale.

Anyways, here are the positive and negative effects of noopept that I’ve gathered from anecdotes or research:

Here are some of the positive effects that noopept has, which I found either by anecdote or research:

At lower doses, which is around 10-30mg, noopept has little to no side-effects. Unless you are sensitive to noopept, I find that the consistent negative effect is that it increases irritability. Moreso at high doses, I believe.

When noopept is taken at higher than recommended doses, e.g. around ~100mg, there can be quite a few negative side effects:

Short-term memory loss makes higher doses of noopept less nootropically useful. How can you be productive or study when you keep forgetting what you were just working on? But I personally find that I can take around ~100mg of noopept powder with little to no short-term memory loss symptoms. I feel my eyes feel laser focused for a short while though.

So whether you can tolerate higher doses of noopept depends on your neurobiology.

I’ve mentioned the depression as severe because users mentioned that suddenly stopping a cycle of very high doses of noopept caused them to have suicidal ideation. That’s a very bad sign, and a reason why one should not go past the recommended dosage for noopept. I can’t recommend taking higher doses, but if I did, I would slowly taper down the dosage to avoid this side effect.

Rather I recommend to stick with what the Russians recommend, which is 10mg doses. At that dosage, they say there isn’t any withdrawal at all.

If you are cholinergically dominant, no.

If you are cholinergically recessive, you’ll do better by stacking your racetams with a cholinergic adjunct. [Source]

How Does Noopept Work?

Noopept enhances the binding activity of Hypoxia Inducible Factor 1 — HIF-1. This is like telling your brain that it doesn’t have enough oxygen and so it has to compensate. At low doses, your brain goes into overdrive to adjust for the “lack” of oxygen, but at higher doses it shuts some operation down to protect against potential death (note, not a danger with noopept, just the mechanism of HIF). Stick to a lower dosage and it’ll work great for you! I’d also recommend tapering off if you take it for an extended period of time; I had shortness of breath for about two months after being on it for three. [Source]

My Thoughts on Noopept

Be careful of using relatively new nootropics. You want to look at not only the studies, but people’s anecdotes about any nootropic, including Noopept. Browsing through forums, it seems that although some people say they benefit from Noopept, others seems to become more suicidal or depressed.

This actually explains why too much noopept can have negative side effects like brain fog. So for those who do use noopept as a brain supplement, do please be careful with the dosage that you take. Indeed, you should treat noopept as a mild poison that is may bring out a beneficial adaption in small amounts, but actually become substantially harmful in bigger amounts. The dose makes the poison, after all.

I believe noopept works through hormesis, as it 1st temporarily decreases levels of BDNF in the brain, and then causes the brain to balance by increasing BDNF levels. So the benefit of noopept may be shown overtime or accumulatively. Noopept affects the cholinergic system in the brain, which may explain how it may improve maintained focus.

There are several reasons where it is suggested not to use noopept. For example, if you have:

You may have to avoid using noopept if you have cardiovascular issues because noopept increases blood pressure.

Contraindication for Pregnancy and the Post-Natal

This suggests 2 things. Children who are just born should not take noopept, as it may harm their natural brain development. And pregnant mothers should avoid using noopept. When noopept is absorbed, it goes into the blood stream. And a pregnant mother shares her blood with the fetus.

Of course, this is only 1 study, and more research needs to be done to verify this study’s results.

A user with a history of benzo (xanax), alcohol, ritalin, marijuana usage claims excitotoxicity from noopept dosage of  50mg after 25mg daily. [LongeCity]