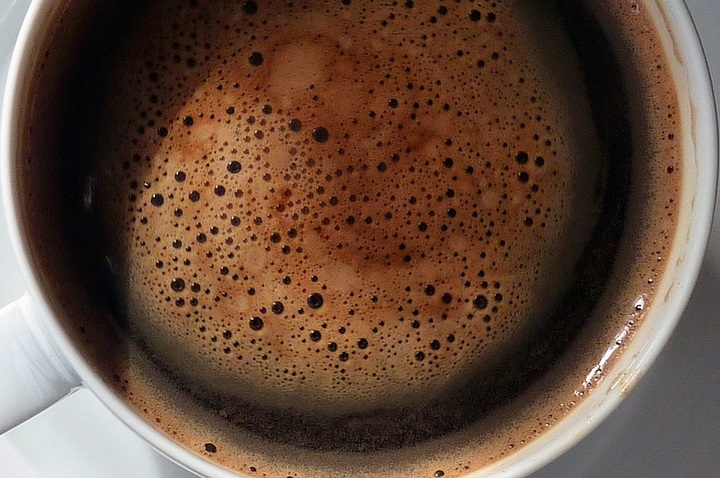 caffeine is an adaptogenic nootropic.

How does Caffeine Work Inside Our Body?

Right after a caffeinated beverage or product is consumed, the caffeine starts to become absorbed by the body. Usually the level of caffeine in the blood or high peaks after an hour. The caffeine exerts an effect on the body by clogging the adenosine receptors in the brain. The norm is that the adenosine receptors in the brain takes adenosine molecules to tell the body that it is sleepy. But because caffeine blocks the receptors, you remove the sleepiness feedback mechanism = you feel wide awake. After that, the liver of the body is responsible for breaking down the majority of the caffeine into metabolites; very little is actually eliminated as caffeine in the urine, most of what comes out of the urine is the caffeine’s metabolites.

What does caffeine metabolize or break down into?

So the liver breaks down caffeine into 3 main components: Paraxanthine, Theobromine, and Theophylline. These metabolites also exert an affect on the human body.

Theobromine, which is the main alkaloid or active chemical found in cocoa, dialates blood vessels. The dilation of blood vessels may mean that Theobromine increases blood circulation. But on the other hand, too much Theobromine may cause you to have a headache or migraine.

Theophylline relaxes the smooth muscles of the bronchi and so is used to treat asthma. That’s why you’ll notice after drinking coffee that breathing becomes easier. This benefit may also be attributed to the hot temperature of the drink, since heat relaxes muscles and the like.

Caffeine increases dopamine or motivation. Most of the time, our motivation or desire to do something highly affects our productivity. Caffeine doesn’t have to directly increase or better our cognitive function to be effective; sometimes we just need a “push” or inspiration to get things done. Perhaps caffeine can serve that purpose

Older people, 60 & over, seems to greatly benefit from caffeine. My understanding is that as we get older, our quality of sleep diminishes and our cognitive function slowly starts to decline. so caffeine serves to overcome the fatigue associated with sleep deprivation, and mobilize more fuel for the elderly brain to consume.

Why can Caffeine Cause Sleepiness?

Normally caffeine wakes you up as it stimulates the adrenal glands to produce cortisol, which gives you energy. However, chronically stressed people can get a condition called adrenal gland fatigue where the adrenals do no longer fully respond to caffeine stimulation.

A chronically stressed person will therefore notice that the regular cup of coffee that used to help regain energy no longer works. Superficially seen this could be interpreted as caffeine making you sleepy.

But there is a difference between “caffeine making you sleepy” and caffeine not stimulating tired out adrenal glands. I submit to you that it is far more likely that the person who complains that caffeine is making one sleepy, is in fact experiencing adrenal gland fatigue: the adrenals simply can no longer respond the way they did when all was well.

How can you test for adrenal gland fatigue? The best test for that is to do a saliva hormone test of cortisol 4 times during the day. This is sent to a special lab. They measure your saliva cortisol levels. The result will show whether you are within the normal range or whether you are below it. If you are below it, you need a supplement that has porcine adrenal gland extract in it. Ask your health food store or a naturopathic physician for more details.

The gut is hugely influenced by the brain and vice versa, in a phenomenon known as the gut-brain axis, and its well established that a complex network of neurones exists in the gut. As caffeine is a stimulant, motor activity in the colon is increased in response to its consumption: Increased motor activity = faster movement of gut contents. So I wouldn’t say its an attempt at removal of the substance, more a side effect of the drug itself. [Source]

Caffeine Elimination from the Body

Elimination of caffeine is achieved mostly by the liver, where it is converted to other substances (“metabolized”). Little is eliminated through the kidneys, because they reabsorb it easily (the kidneys work by first pushing out much of the liquid part of blood and then reabsorbing everything that the body wants to keep, it’s an ingenious system of tubules using osmotic pressure gradients). That means you won’t find much caffeine in stool. Also, the bowel movements increase not long after ingestion, whatever is not absorbed of the coffee still has hours to go before it gets to the colon. “Caffeine is rapidly and completely absorbed in humans, with 99 percent being absorbed within 45 minutes of ingestion”. Meaning it will be in your blood, and caffeine ends up being metabolized by the liver in the end. [Source]

Caffeine from Coffee doesn’t make it easier to study, per say. When I drunk a Starbuck Dopio espresso, I felt that I could remember more for the first 5-10 minutes while imbibing the beverage. But as more time passed, more caffeine was absorbed into my blood stream, and as a result I felt  a type of paralysis of thinking that is experience in high amounts of stress.

Coffee has 1 condition to be a beneficial nootropic. Otherwise, I get problems:

I noticed that Green tea seems to give me caffeinated energy that lasts consistently longer without any noticeable crash and fewer stomach aches when compared to coffee. Coffee tends to make me tired quicker, crash harder, and irritates my stomach easily.

So that’s why I like to occasionally switch from coffee to green tea, depending on the “mood” of my stomach.

High dose of caffeine induces too much stress, and paralyses thinking.

High amounts of caffeine impairs short term memory. I have 2 explanations for this effect.

My first interpretation is that caffeine moves the bowels so to speak. That causes to lower the blood sugar in an attempt to save energy. Why? Because the body sees bowl distension as a symptom of diarrhea. The adaptive response is to save energy. That means you’ll experience a temporary loss of blood sugar that the brain needs, resulting in the thinking paralyses that I’ve mentioned if you use a high dosage of caffeine.

My second interpretation is that too much caffeine gives the person too much stimulation, and you need to relax in order to perform deep thinking. That’s why L-Theanine found in Green Tea synergies well with caffeine; the rough stimulation of caffeine is smoothed out by the mild relaxing effect of L-Theanine. To re-iterate a low dose of Caffeine is Nootropic and not a high dose.