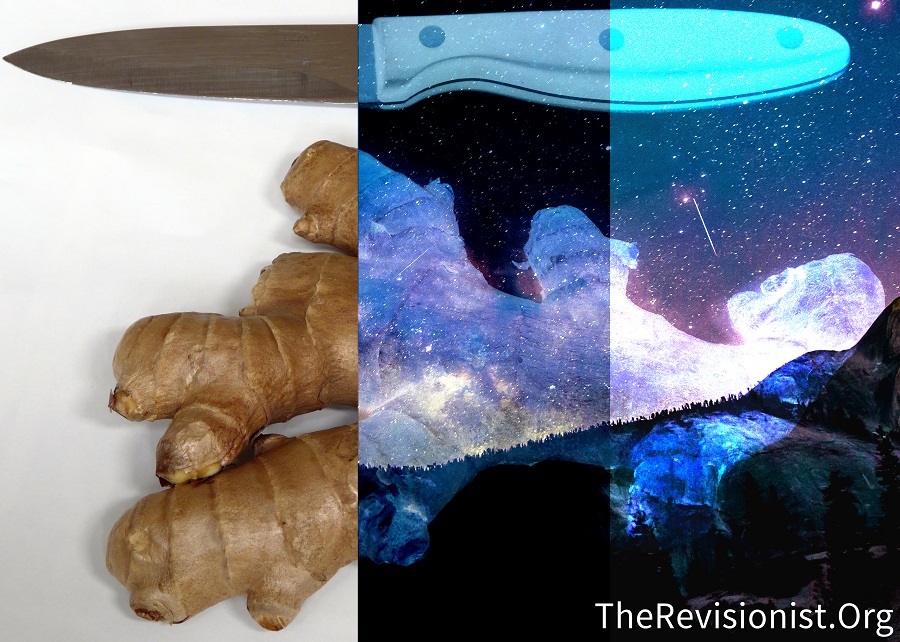 The Revisionist > Bio-Hacking > Biohacking Herbs & Mushrooms > Ginger as a Spice, Medicine, Anti-Inflammatory, and Perhaps a Panacea

In this article, I will attempt to collate, and interpret as much scientific information as I find about the powerful herb that many people don’t usually think of, although it is so easy to acquire: Ginger.

Background of Ginger as a Spice & in Medicne 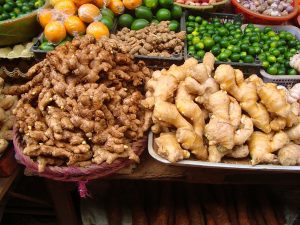 Ginger is a herb that belongs to the Zingiberaceae family of plants, originating in South-East Asia and used in many countries as a spice to add a zesty, clean, earthy flavor to their cuisine. Ginger is also recognized in traditional herbal medicine for it’s powerful healing attributes dating back 2500 years.

Gigner has been used to:

Ginger (also turmeric; which seems to be a more potent anti-oxidant) supresses the symptoms of artheritis by increasing the production of anti-inflammatory cytokines, decreasing the production of pro-inflammatory cytokines, and activating the anti-oxidant defence system. Note that cytokines are any of a number of substances, such as interferon, interleukin, and growth factors, that are secreted by certain cells of the immune system and have an effect on other cells. In other words, you can translate cytokines as “signals” that tell what other cells in the body to do.[5]

The anti-cancer aspect of ginger comes from the present of certain pungent vallinoids, viz. [6]-gingerol and [6]-paradol, as well as some other constituents like shogaols, zingerone etc.[4].

The Anti-Inflammatory Properties of Ginger

“One of the many health claims attributed to ginger is its purported ability to decrease inflammation, swelling, and pain. [6]-gingerol, a dried ginger extract, and a dried gingerol-enriched extract were each reported to exhibit analgesic and potent anti-inflammatory effects. 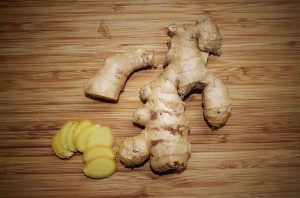 But what is lactate efflux?

…efflux is the net flow of a species out of a cell.

Lactate, more commonly encountered in the form of Lactic Acid, is one of the possible byproducts of Glucose metabolism. The implication, along with the statement “increased oxygen consumption”, appears to be that the ginger extract is causing some sort of increased metabolic activity…[2]

In contrast, larger doses of ginger components inhibited oxygen consumption, which was attributed to disruption of mitochondrial function. These results were supported in a later study in which rats that were given a single intraperitoneal injection of [6]-gingerol (2.5 or 25 mg/kg) exhibited a rapid, marked drop in body temperature and a significant decrease in metabolic rate.

So that means that Ginger is effective in boosting metabolism in low doses, but lowers metabolism in higher doses. Less is more when it comes to Ginger.

Data suggest that ginger may exhibit anti-inflammatory effects through the modulation of calcium levels mediated through transient receptor potential vanilloid subtype 1 (TRPV1), which is a heat-and pain-sensitive receptor that can interact with [6]-gingerol.

Ginger has been suggested to be effective against inflammation, osteoarthritis, and rheumatism. An earlier study showed that ginger oil (33 mg/kg), administered orally to rats for 26 days, caused a significant repression of paw and joint swelling associated with severe chronic adjuvant arthritis…

In humans, one study showed no difference between placebo and ginger in patients with osteoarthritis of the hip or knee. In contrast, patients suffering from osteoarthritis of the knee showed a consistently greater response to treatment with ginger extract compared with the control group. In addition, relief from pain and swelling was reported in patients suffering from rheumatoid arthritis, osteoarthritis, or general muscular discomfort when using powdered ginger as a dietary supplement for 3 months to 2 years.

Besides pain relief from arthritis, results of a double-blind comparative clinical trial indicated that ginger (250-mg capsules) was as effective as the nonsteroidal anti-inflammatory drugs mefenamic acid (250 mg) and ibuprofen (400 mg) in relieving pain in women with primary dysmenorrhea. In contrast, consumption of 2 g of ginger before 30 minutes of cycling exercise (60% VO2) had no effect on quadriceps muscle pain, rating of perceived exertion, work rate, heart rate, or oxygen uptake.

The majority of scientific evidence does seem to suggest that ginger and its various components have anti-inflammatory effects both in vitro and ex vivo. However, the data supporting ginger as an effective anti-inflammatory agent in humans in vivo are still contradictory and incomplete.[1]

Also, NIH shows that there is a significant amount of documentation showing that ginger’s main active chemical constituents gingerol, shogaol, and paradol may have some anti-cancerous attributes.[3]

You can get some fresh ginger from the supermarket. Alternatively, you can quite a few online sources: