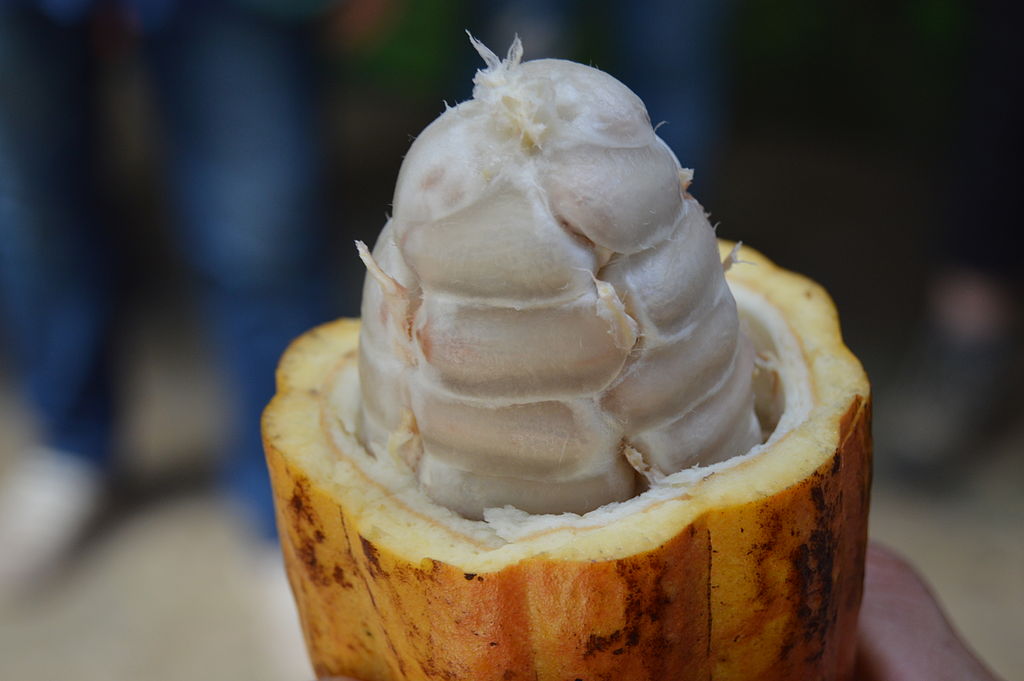 Cocoa, the main constituent of chocolate, is well known for the emotions that it invokes. A sense of love, empathy, and overall well-being encompasses those that consume the cocoa-laden products. It’s an ancient plant-product that originates from Mesoamerican region of the world.

How Does Cocoa affect the Body & Mind? 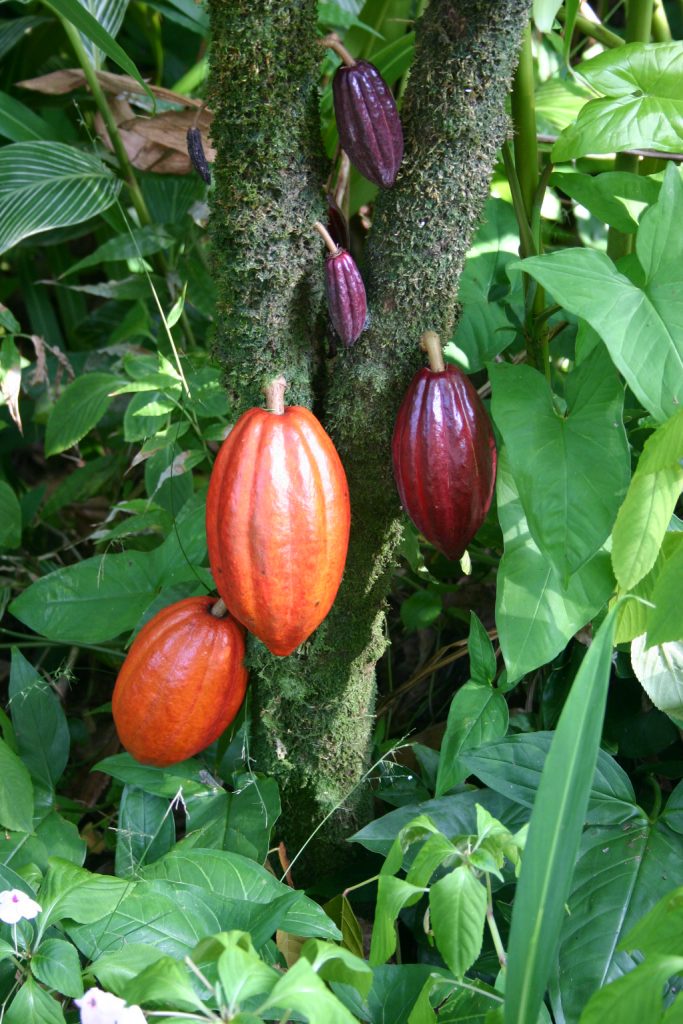 Cocoa does not act as an inert substance to the body when consumed by the person. There have been quite a few physiological effects observed from consuming cocoa, include:

And people also have observed changes to the mind or cognition when consuming cocoa. I mean, that’s why its such a popular substance to begin with. Just like coffee and tea, people found that when they consumed the cocoa beans, they felt pleasant affects to their mood (euphoria) and overall being. If you wanted to ask me about my observations with cocoa, I found that it had the biggest boost in my mood, and as a result my focus. Combining the cocoa with a shot of espresso further increased the observed effects.

Some people described consuming high concentrations of cocoa as intense feelings of pleasure that lasts for a few hours. No wonder I keep musing that chocolate tastes like sex. And you know, people do associate chocolate with love. People do observe that certain emotions that we associate with love is invoked by consuming a square of dark chocolate.

So to reiterate, I personally observe that cocoa is most significantly a mood booster. But if your mood is off because of brain inflammation (brain fog, migraines, headaches, etc.), the anti-inflammatory benefit from cocoa is minimal. You would be better off taking some turmeric in such a circumstance, because turmeric is a potent anti-inflammatory. I have personally successfully treated brain fog and even sleep deprivation by administering turmeric on my self sublingually.

But cocoa seems to be only to be effective as a mood booster. Sure, you get some more focus and concentration. But it’s pretty mild compared to caffeine. If you are looking to be really sharp, I would suggest a cup of coffee over cocoa any day. The only negative I have on coffee is that it is very rough on the stomach, and ruins digestion to the extent of making some nutrients from your food less bio-available to your body during digestion. I’m not sure if the same anti-digestive effect is seen for purely caffeine. Caffeine tolerance is also an issue, so taking less caffeine is more effective in the long run.

I would like to add that you should be very careful when to decide to take cocoa during the day. That’s because cocoa has a stimulant called by scientists theobromine (one of the main active chemicals in cocoa), which has a half-life of about 7 hours, similar to caffeine‘s half-life of 5 to 6 hours.

To further understand how exactly cocoa influences our cognition, we first identify the active chemicals that are found in cocoa, recognize the effect of each individual constituent, and then consider how they affect the body & mind as a whole. Of course, we can first list the observed effects of Cocoa as a whole:

What Chemicals in Cocoa Make it Psychoactive & Physioactive?

These are the chemicals elements in cocoa that I have found so far to affect both the mind and body:

Theobromine is a vasodilator. That means that it widens blood vessels, and as a consequence lowers blood pressure. And historically theobromine was used to treat circulatory problems like arteriosclerosis, vascular diseases, angina pectoris, and obviously hypertension.

Theobromine is the main constituent that is responsible for cocoa’s blood pressure lowering effect. Users will observe a distinct different experience when using pure theobromine vs whole cocoa- theobromine in and of itself doesn’t provide all of the psychoactive effects observed when cocoa is consumed as a whole.

But compared to caffeine, theobromine stimulates the heart to a greater degree.

So theobromine’s combined attributes as a vasodilator and heart stimulant may be responsible for anecdotes reporting cocoa’s aphrodisiac properties. Because vasodilation with a faster heart beat allows for better blood flow to the genitals.

What is Anandamide? How does it affect us?

Anandamide is a messenger molecule that plays a role in pain, depression, appetite, memory, mood, and bestows a blissful feeling on its user.

Anandamide can easily bypass the hydrocarbon-based blood brain barrier, because the Anandamide’s long hydrocarbon tail makes anandamide fat soluble. Anandamide acts and is shaped similarly to the THC molecule. THC, the active ingredient in marijuana, can also fit into the CB1 and CB2 receptors.

However, Anandamide has some important distinctions from THC. Specifically, Anandamide is fragile and breaks down too quickly by the liver enzyme FAAH (Fatty Acide Amide Hydrolase) to produce a sustained “high”. In comparison, THC is much more stable and therefore affects the person much more strongly than anandamide. But this also means that THC proffers more of the positive and negative affects of Anandamide.

Wait, Anandamide has negative affects to?

So far, I have found that Anandamide may negatively affect a person’s memory. However, I would be mostly concerned about memory loss for those who take THC, not necessarily the small amount of weak-acting anandamide in cocoa. Besides, I do believe this small negative consequence is quickly overshadowed by the other benefits that cocoa has on the brain; for example, improved blood flow because of cacao may improve cognitive function.

Is there enough Anandamide in Cocoa to make you feel high?

Even if the doses of anandamide is small in cocoa, you’ve got to look at the bigger picture. Cocoa is a cocktail of chemicals that work synergistically for increased effect.

So even if there are small doses of anandamide and other psychoactive constituents that alone have negligible effect on the person; in combination they have a noticeably stronger, but unique effect.

You’ll also notice that there is a significant amount of MAO inhibitors in the cocoa. MAO inhibitors block the liver’s enzymes from breaking down the psychoactive chemicals, allowing these chemicals to effect the person.

That’s why people can still notice that chocolate does have a noticeable affect on mood & cognition. Note that there are MAOI in both cocoa and coffee; and caffeine is also synergistic with MAOI. This is why the coffee-cocoa combo mocha is a popular drink.

Also note that exercise has a similar enzyme inhibiting effect on caffeine, anandamide, and other chemicals broken down by liver enzymes. That’s because when you exercise, your body shuts down it’s digestion in order to increase blood flow to more important areas like the muscles and the brain. In this vein, exercise tunes reduces bloodflow to the liver that results in inhibiting liver enzymes.

I’ve also remember that raw cocoa has a stronger psychoactive effect than the dutch-processed stuff you find in the supermarket. I haven’t tried it my self, but I will once I have enough money to buy a theobromine plant and harvest the raw seeds directly.

Phenethylamine is metabolized by the small intestine’s monoamine oxidase B (MAO-B) and aldehyde dehydrogenase (ALDH), preventing low doses of phenethylamine alone from reaching the brain to achieve a psychoactive effect.

Tryptophan is a precursor to serotonin, and serotonin is a neurotransmitter that is involved in mood. Specifically, high amounts of serotonin in the body makes a person feel euphoric.

Note that phenethylamine concentrations in the brain is boosted 1000 fold when taken with a monoamine oxidase inhibitor (MAOI), particularly the MAO-B inhibitor.

Yes, it does look like the flavanols in cocoa can indeed boost the cognitive function of the brain. Before I start digging into the details, let me first say that you have look out for high quality cocoa to obtain benefit from. In my experience & by my conjecture, it seems that the quality of the cocoa is related to the quality of the flavanols, and as a result the amount of cognitive & bodily benefit that you receive from consuming the cocoa laden flavanols.

So, what does cocoa flavanols exactly do for the brain?

Note that the studies paired a high flavanol diet with aerobic exercise to see an enhanced improvement in brain function, specifically:

…resulted in a DG-selective [DG means Dentate Gyrus] increase in dendritic spine density and that the effect was enhanced when the flavanol was administered in conjunction with aerobic exercise. Dendritic function and structure typically covaries with regional metabolism and capillary density, and, in the same study, the flavanol-induced changes in dendritic spines were found to occur in association with a DG-selective increase in capillary density. An increase in metabolism and capillary density increases cerebral blood volume (CBV), defined as the percentage of a unit tissue comprising vessels. CBV can be mapped in vivo with MRI15, and because it is an established correlate of neuronal metabolism, it is one of the hemodynamic variables used in fMRI16. Indeed, we have previously used a high-resolution variant of CBV-fMRI to map exercise-induced changes in both human and mouse DG, which we assumed reflected increases in DG capillary density.[3]

Basically, the high flavanol diet paired with exercise increases the density of dendritic spines and the density of capillaries in the area that the scientists took their observations from; the Gyrus Dentate. An increase of dentritic spine and capillary densitiy indicates an increased metabolism of that part of the brain. And indeed, the participants subjected to the tests in the study also showed an improvement in their memory.

Where to Buy Cocoa