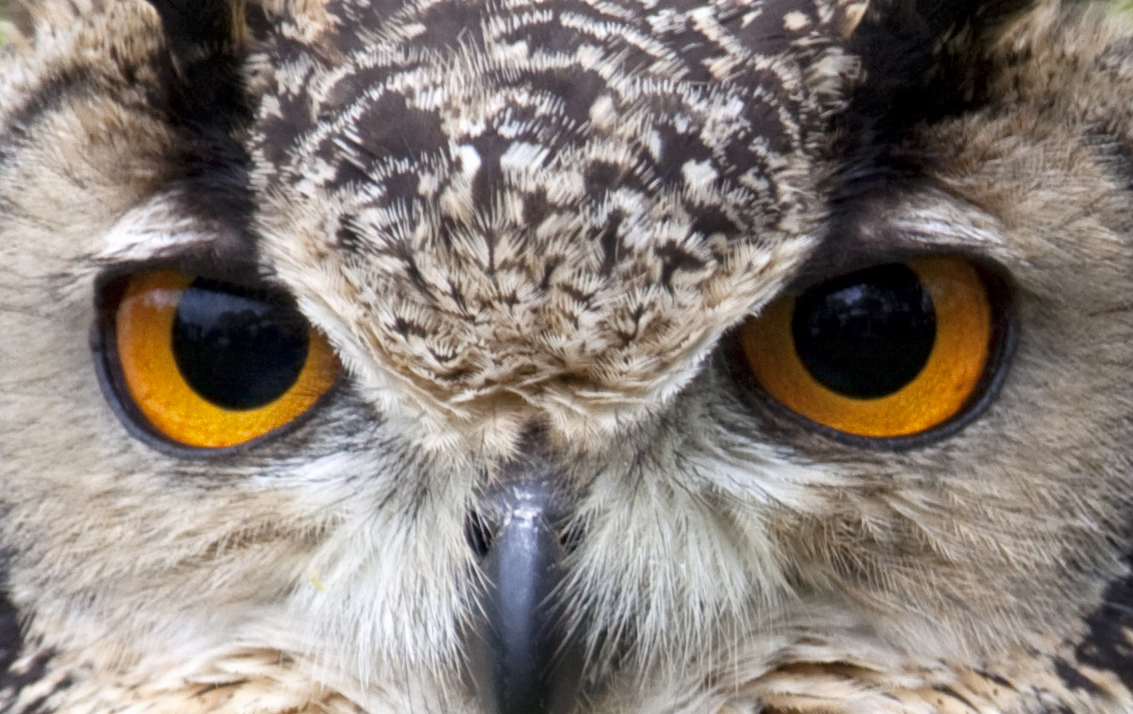 This page is all about sleep, sleeping better and the interesting information that I collected from various sources.

The way our bodies are hardwired, we need 7 to 8 hours of sleep, but we need to fall asleep between 10PM and 11PM. The reason for the relative rigid sleeping schedule timewise is that there is the diurnal hormone rhythm that is dictated by the light of the sun (24 hour cycle).

Light going into our eyes and melatonin production from our pineal gland is what keeps the internal clock on time. We all know how we derail when we fly east or west; such that the readjustment takes often one or two weeks for a 9 hour time difference.[1]

Bright (blue) light from the sun helps you wake up in the morning and keep you awake through the day. The blue light spectrum is the color of light that tells the body, through the eyes, that it is currently day time and that you should be awake. And sunlight contains a high level of the blue light spectrum, such that sunlight is responsible for setting your sleeping clock (Circadian Rhythm).

So if you don’t get enough bright light early in the day, the more likely you’ll stay up late because your Circadian isn’t properly set. Similarly, blue light exposure at night will tell your body that it is day time, so you’ll stay up longer at night. Many people get blue light exposure at night through the T.V. or electronics, and you can try f.lux  to address that issue (program removes blue light emission from electronics).

Your body has two pressures which make you tired: Circadian and homeostatic.

Circadian rhythms are based on the sun and generally adhere to a 24 hour cycle. These rhythms are not perfect and are resynced each day in response to sunlight.

A lot of things in your body work best at certain times of day. This makes sense because humans usually need to be doing things when the sun is out (moving around, hunting, etc.) and other things at night (sleeping). It’s actually really cool – your individual cells make more or less of certain chemicals throughout the day, and if you put the levels on a graph you can see clear 24 hour cycles. One part of these cycles is that your body will make you feel more awake during the day, and more sleepy at night. (Circadian rhythm)

Homeostatic pressure is more straightforward – it increases as you stay up longer.

That said, sleep is one of the most important things for us – our body does a ton of things while we sleep which aren’t done while we’re awake. So our body has a master override switch. The longer you stay up, the more tired you’ll feel no matter where you are in your daily rhythm. (Homeostatic pressure)

Eventually homeostatic pressure will become the overwhelming force and make you sleep regardless of where you are in your circadian rhythm.

When you’re up for too long, you’ll feel sleepy around the normal time because it’s night time and your body’s normal rhythm says you should be sleeping. (Pressure from both homeostatic + circadian) When the sun comes back out, your body thinks you should be awake, (Pressure from only homeostatic) and that gives you a temporary boost, or “second wind”, of energy. This energy decreases the longer you are up and overrides the body telling you, “you should be awake because the sun is out”. (Homeostatic increases until it overwhelms circadian)

On a side, practical note: Melatonin is the primary actor in syncing circadian rhythms – this means that the OTC melatonin you buy is gently pushing you to sleep via the circadian system.

When you absolutely need to hit the sack right now, taking Benadryl + Melatonin has the highest chance of knocking you out by acting on both pathways.[2]

How does Caffeine affect Circadian and Homeostatic pressures?

Caffeine temporarily decreases homeostatic pressure by blocking the adenosine receptor. It shouldn’t have a direct chemical effect on the circadian system. That said, the two systems interplay so something which affects one tends to affect the other as well.[2]

There is an interplay between melatonin and cortisol. These two complement each other. When you sleep melatonin governs and resets the hormones to be ready in the morning. This involves an early testosterone peak for the male; cortisol to be ready the moment you wake up, because cortisol coming from the adrenal glands rules during the day giving us energy. Thyroid hormones also give you energy during the day. As I will explain below, human growth hormone also gives you energy and clears your mind.

But what is not as much known is that human growth hormone (GH) also gives us energy. There is a main growth hormone release (released as a spurt) between midnight and 3 AM when you’re deep asleep. The purpose of that is to get you ready with regard to energy for the next day. If you drink alcohol after 5PM the afternoon before, you will miss that GH spurt at night and have a hangover (lack of energy the following day).

At the 23 Annual World Congress on Anti-Aging Medicine on Dec. 13, 2015 in Las Vegas the endocrinologist, Dr. Thierry Hertoghe from Belgium gave a talk about GH and said that even one drink the evening before you go to sleep will cancel 75% of the GH spurt causing a lack of energy the following day.

When you have alcoholic drinks evening after evening as many people do, you interfere with your deepest sleep (you experience a fitful sleep) and you develop GH deficiency, which can be measured In blood and urine. This leads to premature wrinkles, musculoskeletal problems, muscle weakness and dementia. Many aged people in their 80’s are not objectively aged, they are growth hormone deficient and could be treated, if confirmed by tests.

As we age, we produce less melatonin and less growth hormone. If they are low they should be replaced with small amounts of whatever hormone is missing (this includes thyroid hormones, sex hormones and DHEA, another energy hormone).  This is part of anti-aging medicine. Naturopaths are well versed in this type of approach as well. Whatever you do, don’t take sleeping pills,because it only treats you symptomatically, but makes your sleeping problem worse.[1]

What Happens to Neurotransmitters During Sleep?

Multiple arousal systems maintain waking through the actions of chemical neurotransmitters that are released from broadly distributed nerve terminals when the neurons fire. Among these, noradrenaline-, histamine- and orexin-containing neurons fire during waking with behavioral arousal, decrease firing during slow-wave sleep (SWS) and cease firing during paradoxical sleep (PS), which is also known as rapid-eye-movement sleep.

By contrast, acetylcholine (ACh)-containing neurons discharge during waking, decrease firing during SWS and fire at high rates during PS in association with fast cortical activity.

Neurons that do not contain ACh, including GABA-containing neurons in the basal forebrain and preoptic area, are active in a reciprocal manner to the neurons of the arousal systems: one group discharges with slow cortical activity during SWS, and another discharges with behavioral quiescence and loss of postural muscle tone during SWS and PS.

The reciprocal activities and interactions of these sleep-wake neurotransmitters released by neurons determine the alternation between waking and sleeping.[3]

Sleep vs Work: Which one first?

Sleep or keep working: When you have work that needs to get done, but your body and eyes are fighting against the idea, what do you do?

The truth of the matter is that less sleep means lower cognitive function, and depression. Don’t skip on sleep. By skipping sleep, you hurt yourself by:

Not worth it, IMO. So ideally you want to plan ahead and do chunks of your study or work over a period of time to reduce the burden. However, if you don’t have that opportunity:

If you are prepping for a test or exam, then sleep. Work & learning are totally different. You won’t learn anything (efficiently) while you are half-comatose from sleep, but  you can jack yourself with coffee to work.

Whether you need to push your self to stay awake at night cramming or trying to stay awake during the day, these are some measures you can take:

For Insomniacs who desperately need some shut eye or if you plan to sleep through your long journey flying to a different country, these are some things you can try:

Sometimes, the key to sleeping quickly is relaxation. That can come from doing something that bores you, like reading a dull history textbook, or activities that are low key in term of energy input, but make you content & peaceful.

Not necessarily. I mean, polyphasic sleep fine if it meets your requirements and works for you.
But what I know is that sleep works better if sleep in-sync with your body’s circadian rhythm; for most people the circadian wakes them up in the morning and makes them fall asleep at night.
But sleeping at different points throughout the day doesn’t match the circadian rhythm; exception would be an afternoon siesta.
Now, if you sleep contradictory to your circadian rhythm, that means you will acquire less restorative benefit from your sleep. In other words, deep sleep is more effective than small naps.
Deep Night Sleep > Naps

The Various Stages of our Sleep

Rapid Eye Movement sleep, or REM, is a stage of sleep that is unique to mammals, characterized by random movement of the eyes, low muscle tone throughout the body, and vivid dreaming. Other unique traits of REM sleep include:

The abundance of acetylcholine during REM is responsible for faster brainwaves. And when acetylcholine is artificially increased during sleep, it is observed that REM is induced in the person.[Source] My conjecture is then that anyone can experienced increased dreaming and lucid dreams if a person takes a substance that increases the amount of acetylcholine (like tulsi) before going to sleep.