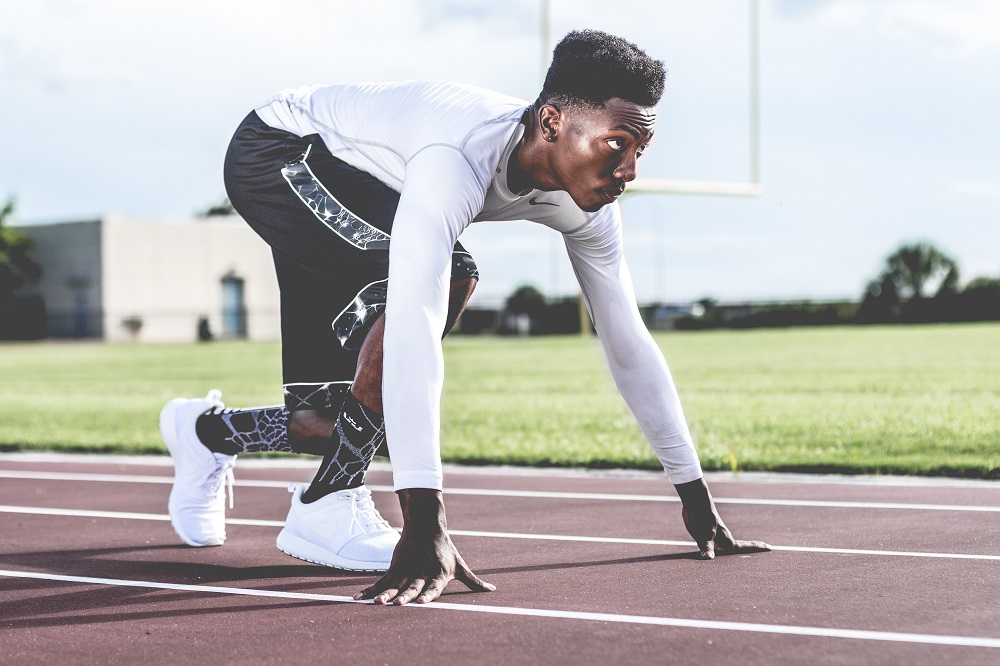 On this page, I plan to compile and collate as much information as I can on exercise’s effect on the human body, including why it is important and essential for leading a happier life.

Physical Activity vs Exercise vs Fitness

So what’s the difference between Physical Activity vs Exercise vs Fitness? Well, physical activity is defined to be any bodily movement produced by the skeletal muscles, resulting in energy expenditure. Exercise is a subset of physical activity that is planned, structured, repetitive, and has an objective to improve/maintain physical fitness. Fitness is the level of health or skill-related attributes.

How Does the Body Supply Itself with Energy?

Well, there are 3 metabolic pathways that supplies the body with energy. They are the:

Energy is produced in the body through the transformation of Adenosine TriPhosphate (ATP) to Adenosine DiPhosphate (ADP), Adenosine MonoPhosphate (AMP), and Inorganic Phosphate (Pi). Specifically, ATP breaks down (called hydrolysis), releasing a proton, energy, and heat:

Because the muscles don’t store a significant amount of ATP, the body need to constantly synthesize ATP. Additionally, the hydrolysis and synthesis of ATP is a circular process; ATP is hydrolyzed into ADP and Pi, and then ADP and Pi combine to resynthesize ATP. Alternatively, two ADP molecules can combine to produce ATP and AMP:

Coming back to where we started, the human body produces ATP through the 3 aforementioned metabolic pathways. Which pathway the human body chooses to supply itself with ATP depends on how quickly and how much energy is required. However, the body doesn’t rely on just one system to provide itself with energy; but rather all of the 3 systems each at different amounts depending on the physical activity.

The Phosphagen System provides a very short-term burst of energy in response to a sudden high demand for ATP. No carbohydrates, fat, or oxygen is used in this process, and Creatine Phosphate (CP) in combination to ADP is used to make the ATP required. That means that this system is anaerobic and gives about 10 seconds of energy

The Glycolysis System is the 2nd fastest way to synthesize ATP. Carbohydrates, either as blood sugar or muscles glycogen (glycogen is stored glucose), is broken into pyruvate. Note that glycogen has to break down to glucose beforehand, which is called glycogenolysis. And for every glucose molecule broken down to pyruvate (process is called Glycolysis), 2 molecules of ATP are produced. The by-product pyruvate is then converted to lactate is there isn’t enough oxygen, or Acetyl Coenzyme A (Acetyl-CoA) if there is a enough oxygen.

When there isn’t enough oxygen acidosis occurs inside the muscles, leading to muscle stiffness and preventing the muscles to contract properly.

When there is enough oxygen the glycolysis lead to an aerobic metabolism- with the acetyl-CoA entering the mitochondria to go through oxidation and to produce more ATP. This system gives about 30 seconds to 2 minutes of energy.

The Aerobic System  depends on oxygen and produces the most cellular energy, but is the slowest to synthesize ATP.

The Aerobic System involves the Krebs Cycle and the electron transport chain; and uses blood glucose, glycogen and fat to synthesize ATP in the mitochondria of muscle cells. This is also known as mitochondrial respiration.

When using carbohydrate, glucose and glycogen are first metabolized through glycolysis, producing pyruvate that is used to make acetyl-CoA, and the acetyl-CoA enters the Krebs cycle. The electrons produced in the Krebs cycle are then transported through the electron transport chain, producing ATP and water. With the complete oxidation of glucose via glycolysis, the Krebs cycle and the electron transport chain produces 36 molecules of ATP for every molecule of glucose broken down. Thus, the aerobic system produces 18 times more ATP than does anaerobic glycolysis from each glucose molecule.

Fat is another major fuel for the aerobic system and is the largest reservoir of energy in the body. Fat is stored as triglyceride in adipose tissue underneath the skin and within skeletal muscles called intramuscular triglyceride. Triglycerides are first broken down into free fatty acids and glycerol through a process called lipolysis. The free fatty acids, which is a long chain of carbon atoms, are transported to the muscle mitochondria, where the carbon atoms are used to manufacture acetyl-CoA through a process called beta-oxidation.

After the acetyl-CoA formation, fat metabolism is identical to carbohydrate metabolism, with acetyl-CoA entering the Krebs cycle and the electrons being transported to the electron transport chain to form ATP and water. The oxidation of free fatty acids yields many more ATP molecules than the oxidation of glucose or glycogen such that the oxidation of the fatty acid palmitate produces 129 molecules of ATP. That’s why aerobic physical activities can be sustained for so much longer than anaerobic ones.

How Does Exercise Affect the Brain?

Interestingly, both aerobic and anaerobic exercise is an excellent tonic that promotes intelligence. For starters:

Exercise increases the BDNF (Brain Derived Neurotropic factor) produced in the brain, where BDNF is basically Miracle Gro for your neurons. But what’s so great about BDNF? BDNF is important because it helps prevent the death of brain cells and increases the growth of new neurons & synapses; also known as neurogenesis.

Exercise increases LTP (Long Term Potentiate) of neurons. LTP refers to the amount of stimulus that neurons need in order to form a strong connection. LTP is important for learning, because without LTP you cannot learn new things. When you study something, your brain needs to form stronger neural connections to store the information that you learned while studying. Considering this, exercise helps a person learn faster.

Exercise also increases the production of FGF-2 (Fibroblast Growth Factor) and VEGF (Vascular Endothelial Growth Factor), which builds new capillaries and expands the vascular system in the brain. This results in overall increased brain blood flow and therefore better delivery of fuel to the brain.

Exercise stimulates your synapses to grow to be bushier and denser.

Stress from exercise (and even other sources in mild amounts like radiation and toxins in broccoli) can make the body and brain cells stronger. This concept is called Hormesis.

During High Intensity exercise, you cannot learn difficult/complex material because blood is shunted away from the prefrontal cortex, therefore hampering your brain’s executive function. However, blood flow almost immediately shifts back to the prefrontal cortex after you finish the exercise, making this the perfect time to focus on a project that demands high levels of cognition.

Complexity of the Exercise

The complexity of the exercise also affects BDNF secretion in the brain. In general, the more variety and complexity an exercise is, the more BDNF is secreted in the cerebellum (part of the brain responsible for motor function). So something like free running is better than something monotone like treadmill jogging.

Although both aerobic and anaerobic exercises have their benefits, they don’t affect the body the same way.

Aerobic exercise is good for cardiovascular health. But a ton of aerobic training will push the body toward a more catabolic state; suppressing all anabolic endogenous hormones like Testosterone and GH/IGF-1. Note that Overtraining also raises a body’s catabolic state.

But anaerobic exercise significantly increases the amount of Testosterone and natural Growth Hormone that your body produces.

Exercise not only protects you from stress, but also depression, anger, cynical distrust, and social-shyness.

But where does exercise fits in? Well, Physical activity decreases the resting tension of the muscles and in that way the anxiety feedback loop is interrupted, allowing the person feels more relaxed and calm . In the same vein, vigorous exercise works better to treat anxiety than low intensity exercise. ie. running works better than walking.

The reason why vigorous exercise may work better to reduce anxiety and stress is because a powerful vasodilator called Atrial Natriuretic Peptide (ANP) is released by the heart muscle cells in response to high blood volume. [wikipedia] This allows better blood flow throughout the body, including the brain, and vasodilation allows the heart to pump more blood throughout the body with less force. In general, the slower a person’s heart beat is, the calmer disposition you’ll find him/her to be in.

Exercise balances out your neurotransmitters, thus acting as a anti-depressant, euphoric, and makes you better able to handle stress.

An example of a neurotransmitter that exercise influences is Serotonin. Specifically, exercise increases serotonin levels in the brain, changing our mood so that we feel more calm and secure.

Exercise increases your levels of brain serotonin. One way exercise does this is by breaking down fat to fatty acids that are freed into the blood stream to be used as fuel. Free Fatty acids compete with tryptophan for slots on the transport proteins, increasing blood tryptophan levels. This causes some of the excess tryptophan to push through the blood brain barrier for equilibrium, and is supplied as a building block for serotonin.

Also, exercise triggers the production of more insulin receptors, meaning that the body is better able to utilize blood glucose.

During periods of stress, like exercise, digestion shuts down.

*The Prefrontal Cortex is responsible for controlling the anxiety response of the amygdala.